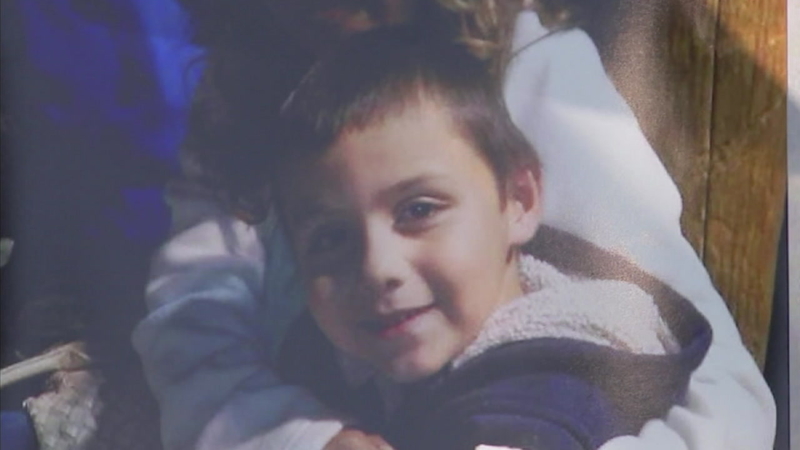 LANCASTER, Calif. (KABC) -- An emotional viewing, memorial and funeral service took place Friday for Anthony Avalos, the 10-year-old boy who was allegedly tortured and murdered by his mother and her boyfriend.

Anthony's service was held at Saint Junipero Serra Parish in Quartz Hill. Following the viewing and mass, Anthony's casket was placed on a hearse and taken to Good Shepherd Cemetery in Lancaster.

Friends, loved ones and even complete strangers were in attendance, with hugs and tears all around. Many wore attire adorned with superhero emblems, as Anthony was a big fan of superheroes.

"I just wanted to show my respects to everyone - to the family and to him," Maggie Dowdy said.

Dowdy did not know Anthony, but she said she just wanted to come and show her support.

"But I have family and grandchildren of my own, and I would hate for anybody to do anything like that to them, and we have to stand behind this child and know that people do love him," Dowdy said.

Maria Barron, Anthony's aunt, was in tears and thanked the community members for coming together to show her nephew love and support.

A mother and her boyfriend are each facing murder charges following the death of the woman's 10-year-old son in Lancaster last week.

Family members are also demanding a criminal investigation into social workers with the Department of Children and Family Services who oversaw the referrals made against Anthony's mother and her boyfriend.

More than a dozen referrals were made regarding physical, emotional and sexual abuse of Anthony since 2013.