Photos released of 2 suspects in vicious beating, robbery of grandfather in Lancaster

The sheriff's department has released new photos of a man and a possible female accomplice involved in a vicious beating and robbery of an 80-year-old grandfather at a Lancaster grocery store.
KABC LANCASTER, Calif. (KABC) -- The sheriff's department has released new photos of a man and a possible female accomplice involved in a vicious beating and robbery of an 80-year-old grandfather at a Lancaster grocery store.

The victim, Roberto Lopez Flores, is a grandfather of 17. The beating left him in the ICU of a local hospital with severe facial injuries and broken ribs.

Roberto would always accompany his wife to the store to make sure she was safe, his family says. They were waiting in line at the checkout when he went to use the bathroom at the store.

While there, investigators say, a man attacked Roberto, repeatedly punching him and kicking him in the ribs, and then stole his wallet before fleeing on foot. His family says Lopez probably didn't have much more than $20 cash on him at the time.

Another shopper found him in a pool of blood on the floor of the bathroom. His family says he is on blood thinners and could have bled to death had he not been found quickly.

Investigators are asking for the public's help finding the suspect. 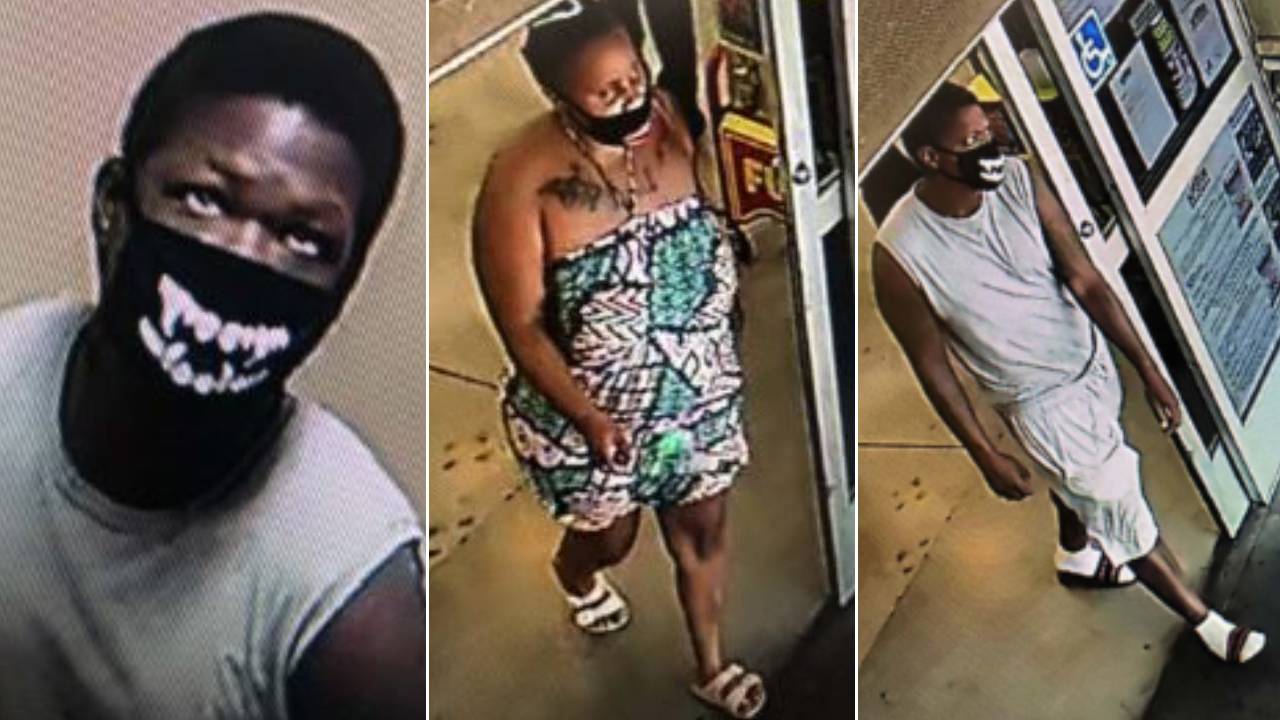 Detectives described the suspect as a Black male, about 20-25 years old, standing about 5 feet 8 inches tall and weighing 250 pounds. He was last seen wearing a light T-shirt and shorts.

New photos also show him wearing sandals and socks and a black mask with teeth painted on the front.
Investigators also say he was accompanied by a woman and her photo was also released.

The victim's family is pleading for the public's help. They can't even visit him in the hospital because of rules connected to the coronavirus pandemic.

"I just don't understand how someone can brutally hurt an old man," said Cecilia Ramirez, the victim's daughter. "My dad's 80 years old. He doesn't hurt anybody."

The victim of a vicious beating and robbery in Lancaster is an 80-year-old grandfather.

Officials are asking anyone who may have been in the area of Superior Grocers, 1010 East Avenue J around 8:30 a.m. Wednesday and saw a person matching the photos to contact Lancaster detectives at (661)948-8466.