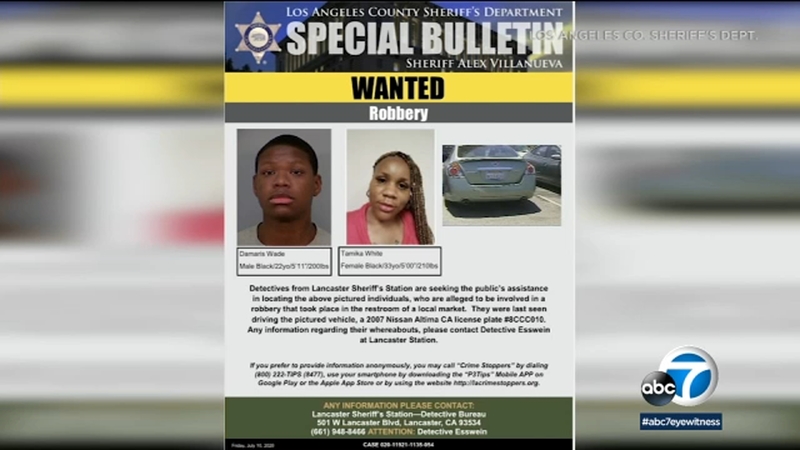 LANCASTER, Calif. (KABC) -- Authorities have arrested two suspects after an 80-year-old man was beaten and robbed inside a grocery store bathroom in Lancaster.

Wade allegedly assaulted and robbed Roberto Flores-Lopez earlier in the bathroom of a local grocery store. White accompanied Wade to the store, according to the Los Angeles County Sheriff's Department.

Flores was found inside the restroom at Superior Grocers on Wednesday morning. He suffered injuries to his face, along with several broken ribs.

His family says he is out of the ICU, but faces a long recovery.

Authorities said no further details will be released.