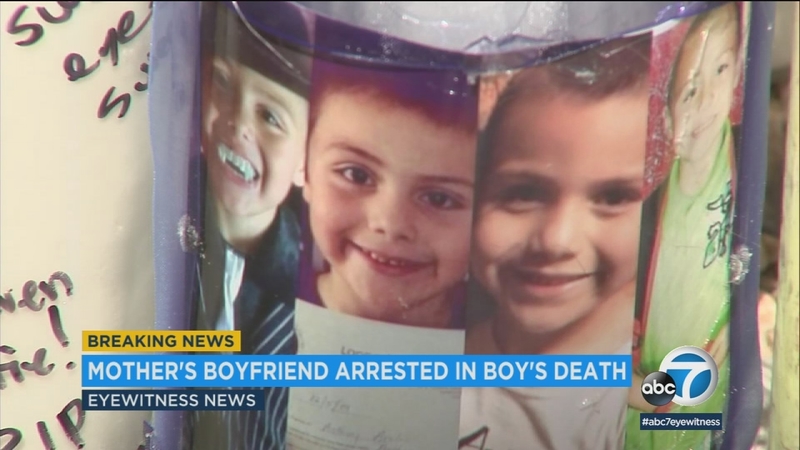 LANCASTER, Calif. (KABC) -- The boyfriend of the mother of a 10-year-old Lancaster boy who died in his home last week has been arrested on suspicion of murder, authorities said.

Authorities say they arrested Kareem Leiva, 32, who is the boyfriend of Anthony's mother, in connection with his death.

Leiva was arrested after an interrogation by detectives on Wednesday morning that led them to believe he was responsible for Anthony's death.

Los Angeles County Sheriff Jim McDonnell said Leiva had a previous injury that required medical attention - a laceration to his chest that is believed to be self-inflicted. After he was arrested for murder, he was transported to a local hospital for treatment.

McDonnell said after he is medically cleared, Leiva will be booked in the Lancaster jail and held on $2 million bail.

The boy's mother, Heather Barron, has not been arrested in connection with his death.

Eight children that had been in the home have been removed and placed in the custody of the Los Angeles County Department of Children and Family Services.

As authorities investigate the boy's suspicious death, authorities say his sexuality may have been a motivating factor in his death.