Woman arrested in deaths of children, ages 12 and 13, after they were found decapitated in Lancaster 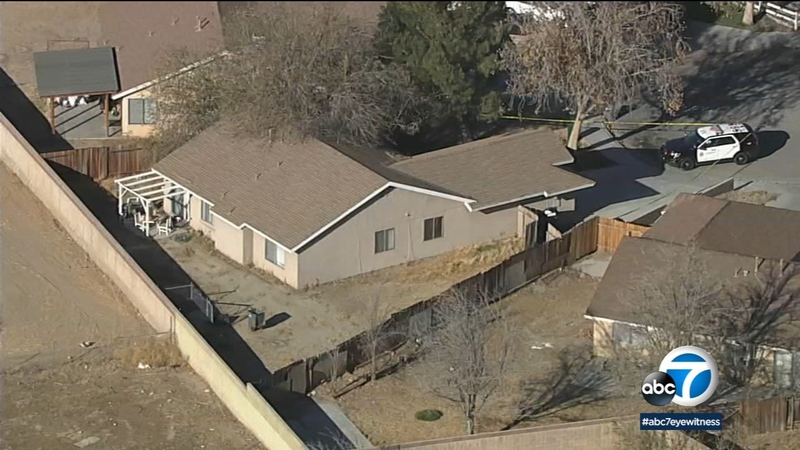 Mother arrested in deaths of children found decapitated in Lancaster

LANCASTER, Calif. (KABC) -- The mother of a 12-year-old boy and a 13-year-old girl who were found decapitated at a home in Lancaster last year has been arrested in Arizona in connection with their deaths.

Natalie Brothwell, 44, was taken into custody Tuesday at her home in Tucson on two counts of murder and child endangerment, according to the Los Angeles County Sheriff's Department. She is now awaiting extradition to California.

Los Angeles County prosecutors say the two older children were decapitated and the two younger boys, ages 8 and 9, were shown their slain siblings and forced to stay in their bedrooms for several days without food.

Taylor is also facing two felony counts of child abuse under circumstances or conditions likely to cause great bodily injury or death involving the younger boys.

He is set to be arraigned Nov. 10 in a Lancaster courtroom.

The father of a 12-year-boy and 13-year-old girl found decapitated at a Lancaster home has been arrested on suspicion of killing them, according to authorities.

The victims were stabbed Nov. 29, 2020, and their bodies were still inside the family's home in the 45000 block of Century Circle when authorities arrived five days later on Dec. 4, according to Los Angeles County sheriff's Deputy Eric Ortiz.

The murder charges against Taylor do not include special circumstance allegations that could have made him eligible for the death penalty or life in prison without the possibility of parole.

Taylor faces a potential state prison sentence of 57 years and four months to life if convicted as charged, according to the District Attorney's Office.

It was not immediately clear whether Brothwell could face the same potential life prison sentence if she is convicted as charged.