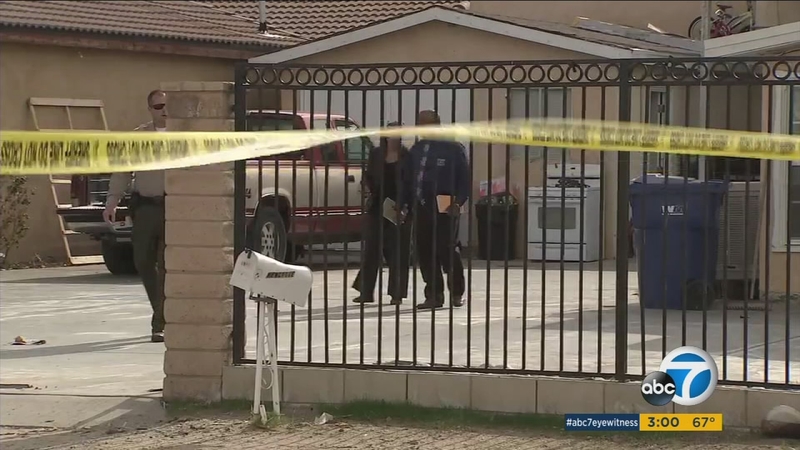 LANCASTER, Calif. (KABC) -- Authorities searched for a suspect who they said shot and killed his roommate in Lancaster Thursday morning.

The shooting took place around 6:10 a.m. in the 44700 block of Division Street. Authorities found the victim, a man in his 30s, in a field after a nearby resident saw the body and said the victim was shot in the head. The neighbor called 911.

According to the suspect's family, he admitted to shooting his roommate and they tried to convince him to surrender.

Family members rushed to the scene of the murder and discovered the gruesome crime.

"(They) saw that there was evidence of blood in the house, some evidence of clean up in the house," Martindale explained. "Tried to convince the suspect to go to the Lancaster sheriff's station to turn himself in. He was reluctant to do that."

The family then contacted the Los Angeles County Sheriff's Department and reported the incident.