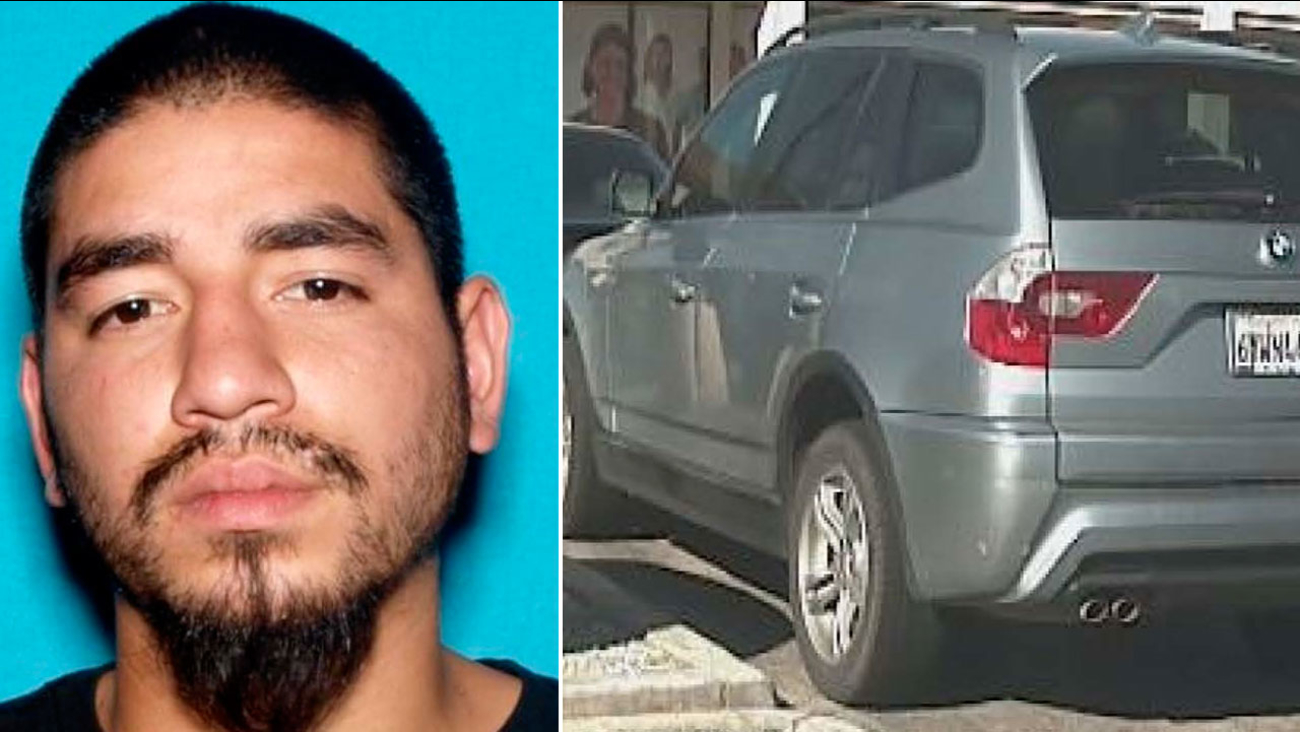 Mario Jose Estrada, 23, seen in an undated photo. Alongside is a photo of a BMW SUV sheriff's officials believe he is driving.

LANCASTER, Calif. (KABC) -- A man sought in the killing of his roommate in Lancaster turned himself in at a Los Angeles County Sheriff's Department station on Friday, officials said.

His roommate's body was found Thursday morning in a field close to where the men lived in the 44700 block of Division Street. A nearby resident saw the body and said the victim was shot in the head.

A Lancaster man wanted in the murder of his roommate is considered armed and dangerous, according to sheriff's deputies.

According to Estrada's family, he admitted to shooting his roommate and they tried to convince him to turn himself in on Thursday, but he was nowhere to be found.

Family members rushed to the scene of the murder and discovered the gruesome crime before contacting the LASD.

Deputies didn't disclose a motive behind the murder.