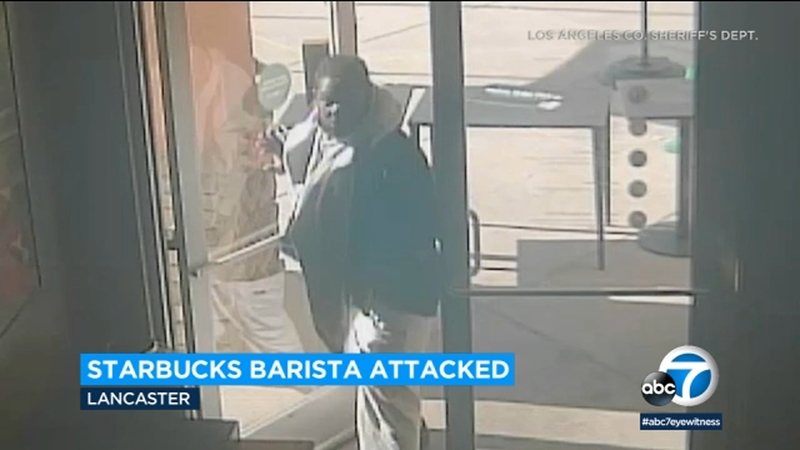 LANCASTER, Calif. (KABC) -- Officials in Lancaster are seeking the public's help in finding two suspects connected with the attack of a Starbucks barista.

The two entered the Starbucks in the 1800 block of West Avenue I on June 4 without masks, despite posted signs advising customers of the requirement.

When the employee approached them and asked them to put a mask on, one of the men allegedly punched the victim in the face, causing the employee to suffer a broken jaw, according to the Los Angeles County Sheriff's Lancaster station. Both men fled the scene.

Lancaster Station Detectives seek public's help in ID'ing alleged battery suspect for assaulting local barista. The man punched an employee after the employee asked him to put a mask on. Do you know him? Help us keep our local businesses safe!https://t.co/pltphjU5Ix#LASD #AV411 pic.twitter.com/TQWHl75uiv

The city of Lancaster is now offering a $5,000 reward to anyone who helps authorities identify and locate the suspects.

"I am deeply saddened and angered by the assault," Mayor Rex Perris said in a statement. "Our nation is in a crisis, now is a time for our community to come together. This behavior is despicable and we need your help to help identify these men so that justice may be served."