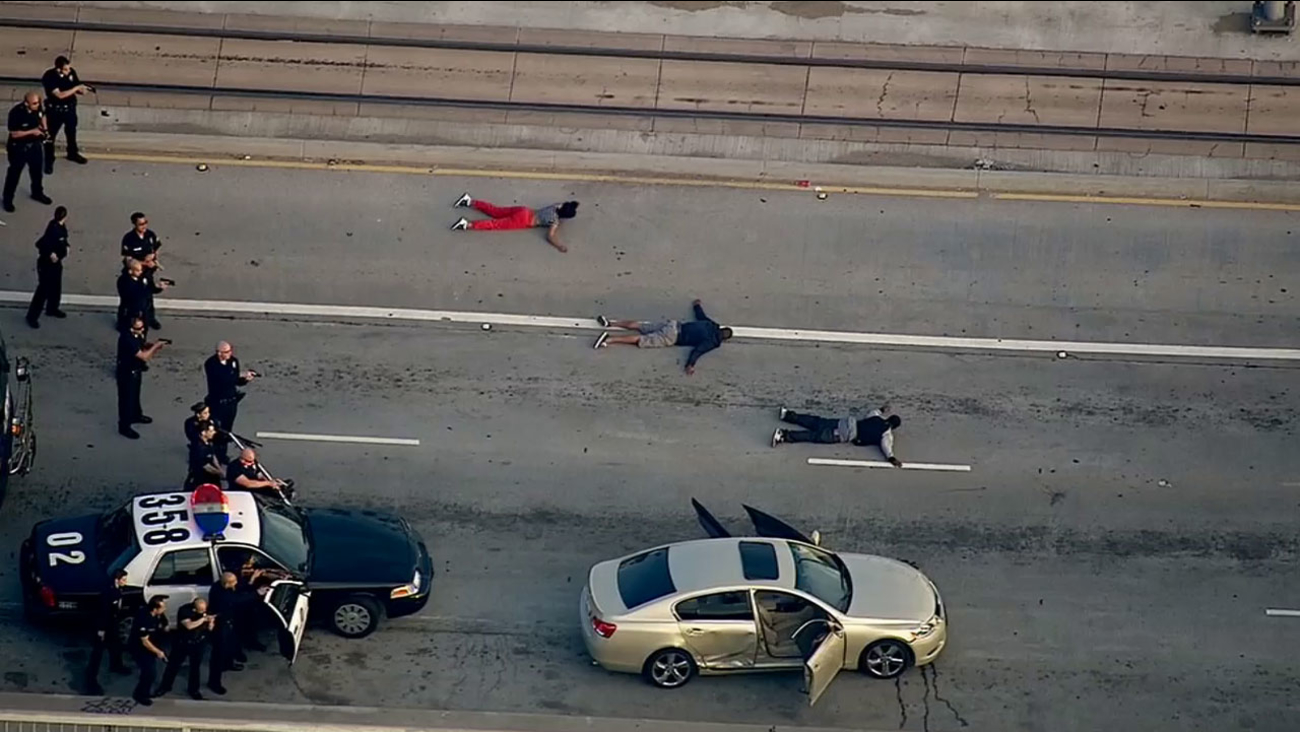 Three alleged shooting suspects were taken into custody near Flower Street and Adams Boulevard in downtown Los Angeles after leading police on a pursuit Tuesday, March 10, 2015.

LOS ANGELES (KABC) -- A search is underway for a male suspect who allegedly shot a person in the leg during a robbery at a smoke shop in Silver Lake Tuesday.

Los Angeles police are centering their search near the area of Washington Boulevard and Hoover Street.

Police say the suspect, along with three others, shot a person in the leg during a robbery at a smoke shop in the 2600 block of Sunset Boulevard in Silver Lake at about 5:45 p.m. The suspects then led Los Angeles police on a chase in a tan-colored Lexus.

The suspect, who remains at large, bailed out on foot during the pursuit near the intersection of Hoover Street and Venice Boulevard. The suspect who exited the vehicle was wearing a light blue shirt, LAPD said.

The other three suspects -- two males and one woman -- were taken into custody near Flower Street, north of Adams Boulevard, in downtown Los Angeles at about 6:20 p.m.