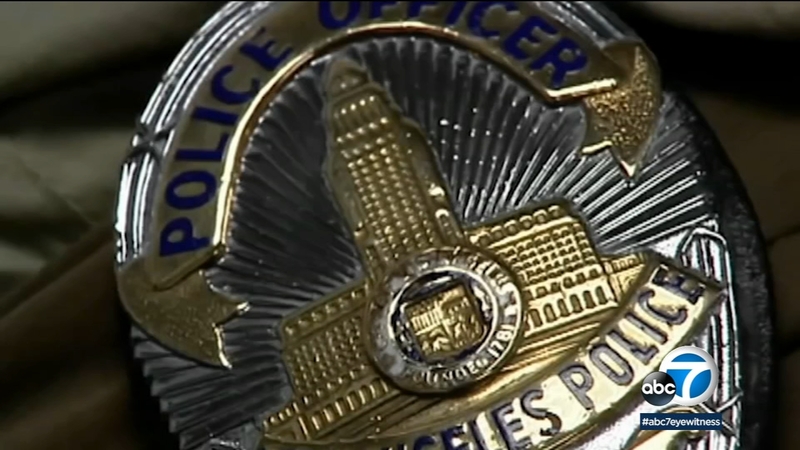 LOS ANGELES (KABC) -- The Los Angeles City Council on Tuesday voted to move forward with a set of recommendations to try to pull Los Angeles out of a potential $675-million budget shortfall this year, and layoffs of police personnel and other city employees are still on the table.

The possibility of LAPD layoffs prompted immediate pushback from Chief Michel Moore, who told the Police Commission that a hiring freeze has already hampered his department and laying off officers would be devastating.

The council's Budget and Finance Committee on Monday voted to consider the prospect of laying off about 1,900 city employees -- most from the Los Angeles Police Department.

The layoffs were part of a proposal from City Administrative Officer Richard Llewellyn's second fiscal status report for the 2020-21 fiscal year.

More than 220 Los Angeles Police Department officers in specialized units are being reassigned as the department disbands and reduces a range of programs to address the city's fiscal emergency.

The committee voted to reduce the recommended LAPD layoffs by about two-thirds, with a proposal to cut 355 sworn officers and 273 civilian employees, although those haven't been approved yet.

Llewellyn's financial report also recommends layoffs affecting 143 positions in the City Attorney's Office, 45 in the Animal Services Department and 27 in the Bureau of Engineering.

During an online meeting, Moore told the Police Commission it is important to keep academy candidates coming in to replace needed officers.

"This is not saber-rattling, looking at staffing levels (of what) a hiring freeze alone would do,'' Moore said. "All operations will be shuttered in the Harbor Jail, in the Pacific Jail in the Hollywood yard. These are jails that are (local) ... that allow officers to book, process and release individuals locally, rather than at our three regional jails.''
Report a correction or typo
Related topics:
los angeleslos angeles countylapdbudget cuts
Copyright © 2021 KABC-TV. All Rights Reserved.
TOP STORIES
CDC document warns Delta variant spreads as easily as chickenpox
Corona movie theater shooting suspect to appear in court Friday
Man beaten outside NoHo hookah lounge says attack was a hate crime
LAUSD to require COVID-19 testing for all students, staff
Garcetti signs plan to restrict homeless camps
Mother, infant ejected from vehicle in Torrance crash
Lakers to acquire Russell Westbrook, ESPN reports
Show More
Great Park dropping reference to Orange County in its name
Dodgers finalizing deal to acquire Scherzer, Turner
TSA teaching airline workers to defend themselves
Video: Fight breaks out on 60 Freeway in Ontario after crash
How to convince someone to get the COVID-19 vaccine
More TOP STORIES News