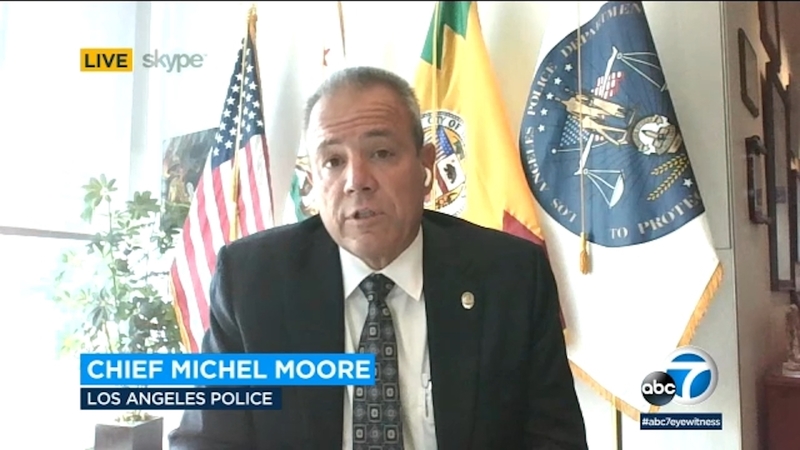 Earlier this year, the city cleared out hundreds of homeless individuals from the park around the lake to undertake a $1.1 million cleaning and refurbishing project. City workers removed nearly 40 tons of trash and debris, and hundreds of pounds of biological waste.

The lake reopened to the public in May, with fencing around it that closes at night.

Moore told Eyewitness News that Recreation and Parks, with LAPD assistance, is making sure the overnight tents don't return.

"Now as it's opened back up, we see all of our communities that are having access to those public spaces. And we see Rec and Parks strictly enforcing no overnight camping," Moore said. "And that strict enforcement is a necessary ingredient as we move forward."

"Our entire city has very limited open spaces and very limited park spaces. And those park spaces need to be available for everyone. And overnight camping is against the law."

But in order to be effective, other city agencies also need to provide more services. For example, he said, Sanitation workers need to make sure the park stays clean as well

"I do think the Echo Park effort shows that there can be improvements and we can restore parkland for the use of all community members."

The city is confronted with an even more severe problem at Venice Beach, where homeless tents have overtaken the boardwalk and there are increased reports of violence involving the homeless compared to last year.

Moore says LAPD officers have made more than 300 arrests in the last six weeks, including some for violent felonies, as well as about 200 for people camping out on the boardwalk.

But he says, the city's role is not just to enforce crime, but also to make sure the homeless are connected with services, such as housing placement "for us all to work together on what is the humanitarian crisis of our lifetime."

Often what happens, he said, is the homeless are arrested - and then they return to the boardwalk as soon as they get out of jail.

"What I need from the City Council and from our elected leaders is the ability for sanitation to be increased," Moore said. "Comprehensive cleanups, the ability to pick up the tents and debris that are in the parks, off hours. So we don't see this cycle of individuals being arrested, tents are being left behind and the person returns back to the very same problem that we are all looking toward resolving."