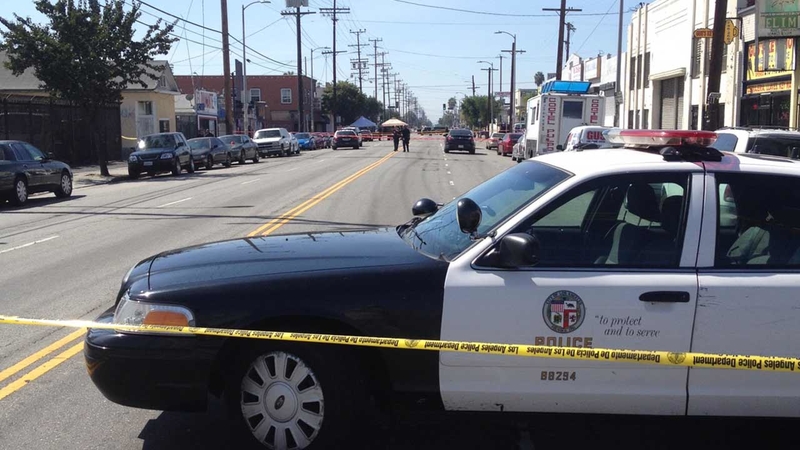 "They encountered a female who had a blade approximately 8 inches long. Officers did make contact and an officer-involved-shooting occurred," Sgt. Frank Preciado said, a spokesman for the LAPD. "Our understanding is that both officers did discharge their firearm."

Paramedics were dispatched to a reported shooting call at about 9:42 a.m., and the woman was rushed to a nearby hospital, Brian Humphrey of the L.A. Fire Department said.

The woman, who was about 30 years old, was pronounced dead at the hospital, police said. Officers will not release the name of the woman but said she is someone they have encountered in the past.

The officers who fired their weapons were wearing body cameras and the footage is being examined as part of the investigation, officials said.