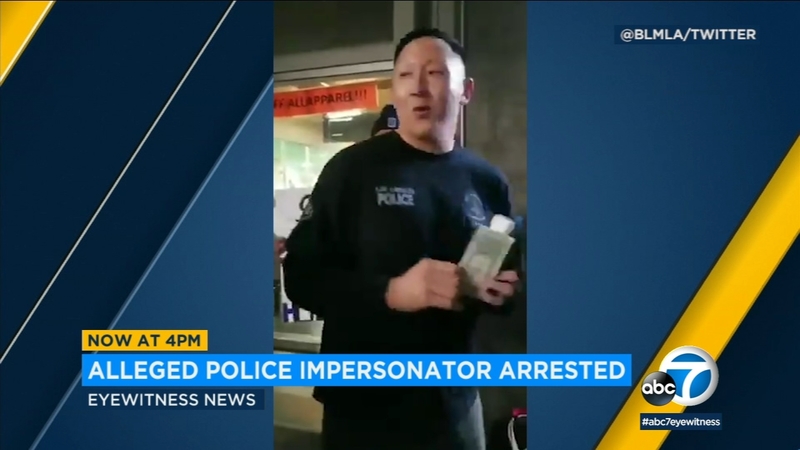 LOS ANGELES (KABC) -- A man who was seen on video wearing an LAPD shirt and making racist comments at a Black Lives Matter rally has been arrested for impersonating an officer.

Sheriff's deputies took Daniel Sohn, 36, into custody in West Hollywood Friday morning after spotting him sleeping in his car.

They say they recognized him from a video posted on Twitter.

In it, he is seen taunting Black Lives Matter protesters during a demonstration on Sunset Boulevard on Jan. 31.

Investigators are asking for the public's help.

The LAPD says Sohn is not and never has been an officer with the department.