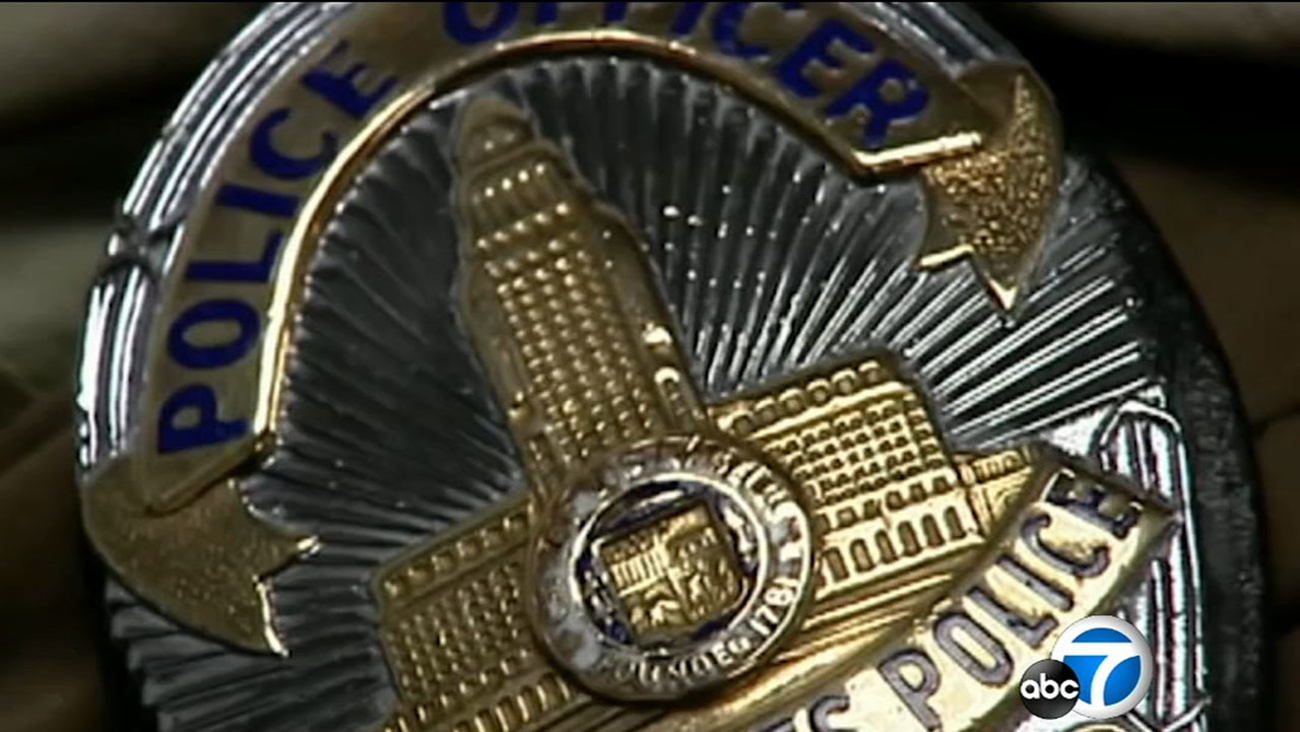 An LAPD badge is seen in this undated file photo.

Detectives from the Long Beach Police Department's Internet Crimes Against Children Taskforce received a tip last October from the National Center for Missing and Exploited Children regarding possible online distribution of sexual abuse material and began an investigation that led them to James Diamond, according to a LBPD statement.

Diamond, 52, was taken into custody this morning outside a business located in the 5000 block of Bolsa Avenue and was booked on two felony counts each of possession of child pornography and distribution of obscene matter depicting a minor, according to LBPD officials.

His bail was set at $100,000, according to the LBPD, which said the LAPD Professional Standards Bureau was notified of Diamond's arrest and will conduct an administrative investigation.

An LAPD spokesman said the department had no immediate comment but confirmed that Diamond is currently assigned to home duty.

Anyone with information related to the investigation was asked to contact LBPD Computer Crimes Detectives Julie Lacey or Laurie Barajas at 562-570-7223.

Los Angeles is seeing an alarming trend in gun violence already this year, according to a report from USC.