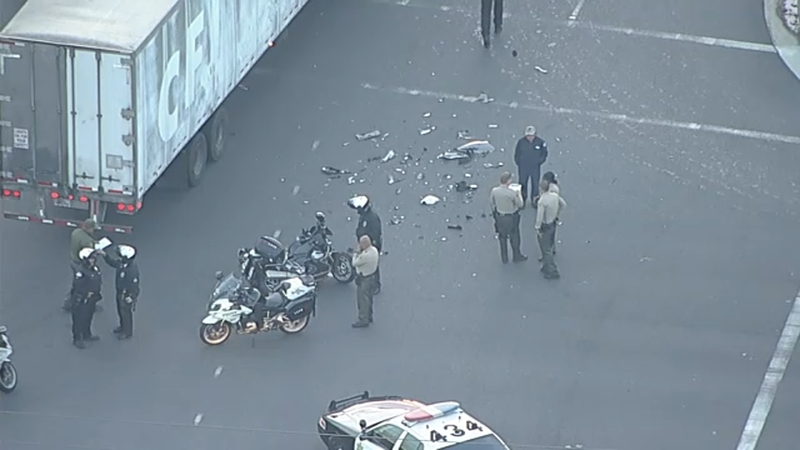 The collision occurred shortly after 5:30 a.m. at Avalon Boulevard and Albertoni Street, prompting a multi-agency response.

The male officer suffered injuries that were not life-threatening and was taken to Harbor UCLA Medical Center, a spokesperson for the Los Angeles County Sheriff's Department said. No other injuries were reported.

Deputies were interviewing the driver of the big rig as the investigation into the cause of the incident continued. Video from AIR7 HD showed debris scattered on the ground near both vehicles.

The intersection was partially closed as the damaged motorcycle was lifted onto a truck and towed away.