The officers said the dog charged them and were forced to shoot it - but the dog's owner says it was unprovoked.
KABC 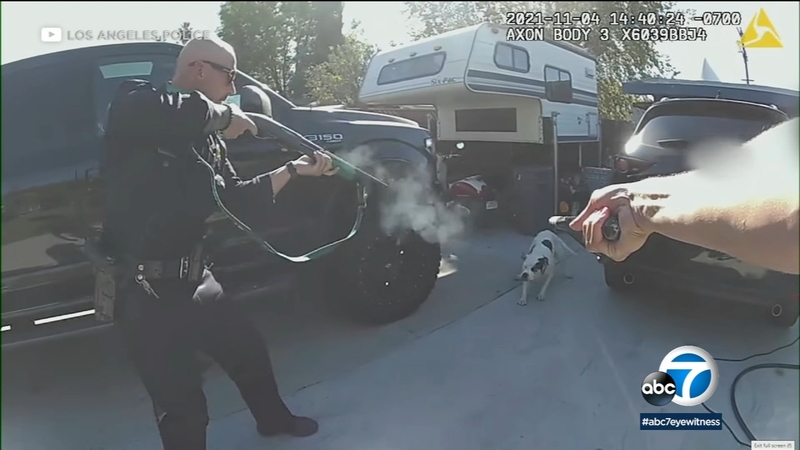 WINNETKA (KABC) -- The Los Angeles Police Department has released body camera footage of the shooting of a family dog in Winnetka, which its owner says was unprovoked.

Warning: The video in the media player above may be disturbing to some.

The family claims officers, who were responding to a call about a vicious dog Friday afternoon, shot their dog in the face with a bean bag gun without reason.

The officer said the dog charged him and his partner and was forced to shoot it.

However, the dog's owner, Cory Lennon, disputed that claim. His home surveillance camera captured a portion of the incident.

A family in Winnetka is accusing an officer with Los Angeles Police Department of shooting their dog in the face with a bean bag gun without reason while the officer was responding to a viscous dog call.

The department said it released its footage, which appears to show the dog barking and advancing toward the officer, in the interest of transparency. Meanwhile, the incident is still under investigation.

The dog, Ruby, suffered a wound on her head but is expected to make a full recovery.