The officers said the dog charged them and were forced to shoot it with their bean bag gun.
KABC
By Leticia Juarez 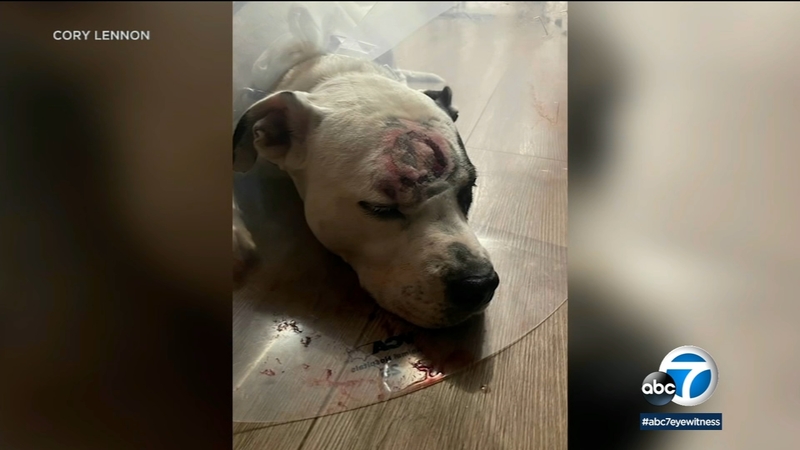 WINNETKA (KABC) -- A family in Winnetka is accusing an officer with Los Angeles Police Department of shooting their dog in the face with a bean bag gun without reason.

According to police, the officers responded to a call about a vicious dog at 2:40 p.m. on Friday. The officer said the dog charged him and his partner and was forced to shoot it with a bean bag gun.

However, the dog's owner, Cory Lennon, is disputing that claim saying his dog, Ruby, wasn't near the officers. His home surveillance camera captured a portion of the incident.

"They loaded the shotgun while still across the street from my house," said Lennon. "[The officers] marched all the way up my driveway, right towards my dog and she was backing up and they opened fire on her."

"They came up my driveway, guns drawn," he said. "I feel like they were hunting her. They didn't even give her a chance."

The dog was left with a large injury to her head but Lennon said she is expected to make a full recovery. He's waiting to hear from the veterinarian to see if she will suffer any brain trauma.

Eyewitness News contacted LAPD for more comments but has not received a response.