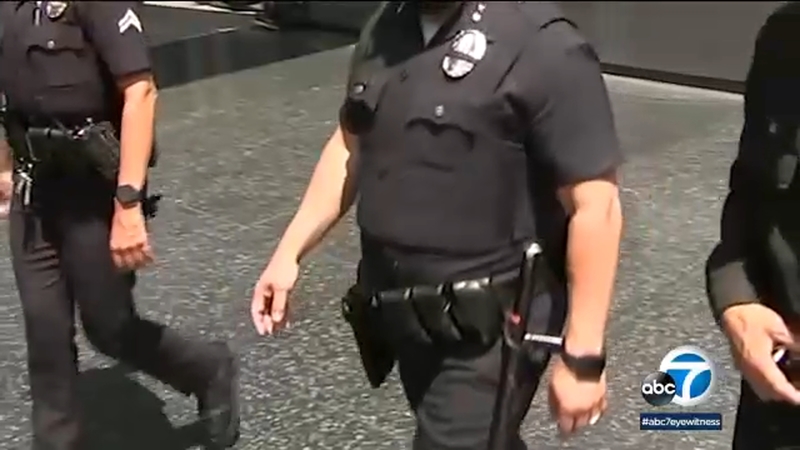 LOS ANGELES (KABC) -- Under a mandate passed by the Los Angeles City Council last month, the city's employees -- including members of the Los Angeles Police Department - are required to receive their second shot by Tuesday.

But many in the law enforcement community who have not rolled up their sleeve are seeking an exception.

It was first responders who were given priority for the COVID-19 vaccine during the rollout. But how times have changed.

With the vaccine mandate looming for city employees, more than 2,600 LAPD officers say they plan to seek religious exemptions as the basis to refuse the shot.

"It is a bit frustrating to see still a core group of our organization that has continued to decline or refuse to take this vaccine," Chief Michael Moore said in an interview with ABC7. "We want to follow the science. ... This vaccination saves lives."

So far, 60% of the LAPD's workforce has been vaccinated. But for those planning to file a religious exemption, they may be surprised to find the law may not be on their side, according to labor attorney V. James DeSimone.

A study by the National Law Enforcement Officer Memorial Fund shows COVID-related fatalities were the single-highest cause of officer line-of-duty deaths in 2020, and they continue to be in 2021.

"I personally find it appalling those personnel of a department charged with public safety would willfully, intentionally and brazenly endanger the lives of those they had taken an oath to protect," Briggs said.

The Los Angeles Police Protective League, the union that represents Los Angeles police officers, criticized Briggs and called on him him to apologize, saying the application for exemptions have not been submitted or evaluated.