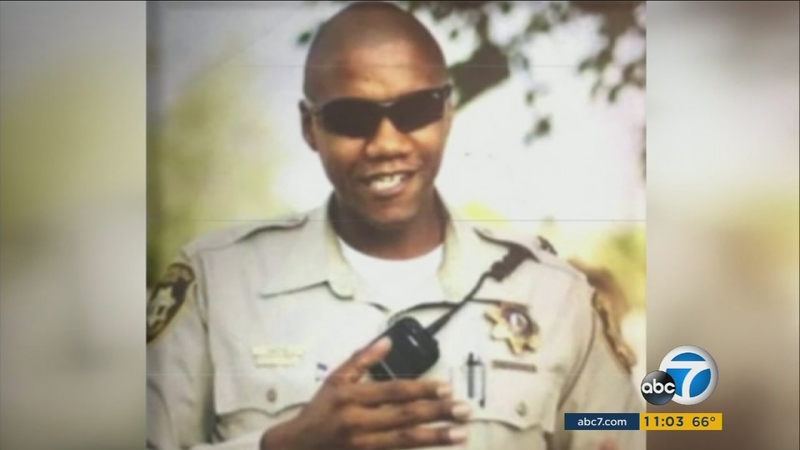 LAS VEGAS (KABC) -- Thousands of people in Las Vegas attended a public service to honor the life of a hero who lost his life during the mass shooting at a country concert along the strip.

Charleston Hartfield served in the U.S. Army and was a Las Vegas Metropolitan police officer.

"If there's a checklist to be an American, Charlie hit every single box and then made up some boxes," Sgt. Ryan Fryman said.

Charlie was off-duty when bullets started to fly at the Route 91 Harvest Festival. While helping others, he was killed in the gunfire.

"Faith and family were always the most important things to Charlie. All of our conversations always circled back to how much we adored our families, our wives and our children," Fryman said.

Charlie's wife and three children sat in the front row during the service. Frankie Ridlen wanted to come and thank them.

"They're a great example of what we should all be in our community," she said.

On Wednesday, an aerial view of the crime scene showed items and belongings left behind in the chaos. Another video was also released, showing the inside of a taxi cab and a frantic father rushing to get to his daughter.

The man told his daughter and her friends to head for the cab, and all of them frantically escape unhurt. But so many were unable to, including Charlie.

Fryman said what he thinks everyone can learn from Charlie's life.

"One thing from it, it would just be love. We've got to start loving each other otherwise this stuff is going to keep happening and the community is going to fall apart," he said.