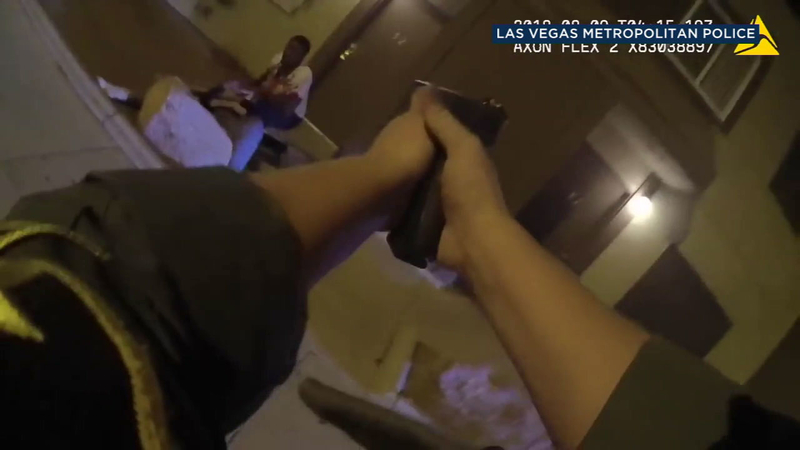 LAS VEGAS (KABC) -- Las Vegas police released bodycam and 911 audio from an incident last week where an officer shot and killed a man who had stabbed his own wife.

The footage shows the officer arriving at the scene as the man in a bloodied shirt is bent over a woman on the sidewalk.

Instead, he stands up and begins advancing toward the officer, knife still in hand. The officer can be seen on the video shooting twice as he starts running toward her.

Officials said the man, identified as William Fuller, 30, later died at the hospital.

Las Vegas police are praising the actions of Sgt. Daniella Cino, saying she acted "bravely and decisively" and saved the life of the woman who had been stabbed.