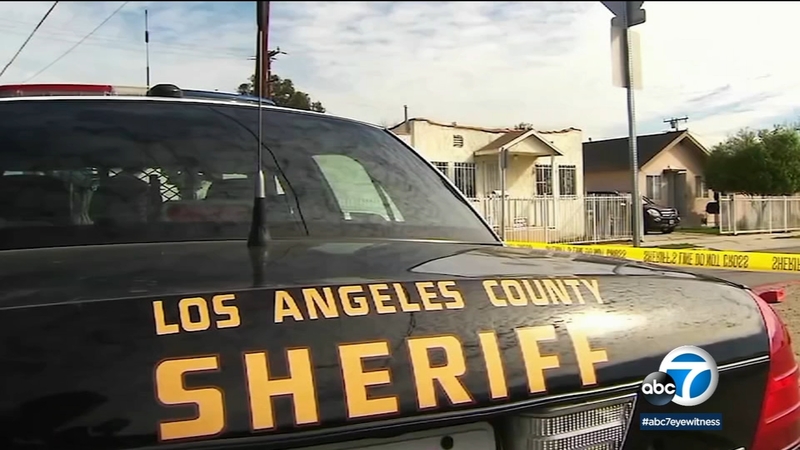 However, the commission claims the department is being less than cooperative.

The sheriff's department has been dealing with the issue of cliques, or deputy gangs, and on Wednesday, officials talked about what they've done.

The sheriff's department claims that when they found issues, they took action by transferring deputies.

"These recommendations were appropriate to send a strong clear message across the department that change is necessary for our organization to move forward," said LASD Chief April Tardy.

"All they have to do is cooperate with our investigation," said Inspector General Max Huntsman. "Let us collect evidence. Let us do our job."

Huntsman's office is investigating dozens of deputies for being part of active gangs. He says the department has not been giving them information.

"We sent them a letter in January asking for evidence," Huntsman said. "Zero. Crickets."

As the L.A. County Sheriff's Department remains on the hot seat over allegations of deputy gangs, investigators at Friday's oversight committee hearing expressed concern that witnesses are scared to talk over possible retaliation.

The L.A. County Civilian Oversight Commission is also investigating deputy gangs. At a hearing last week a former sheriff's chief who was subpoenaed didn't show up.

"That the former head of the professional standards division of the sheriff's department would conduct himself in this manner regarding a subpoena, suggests that the department has something to hide," said Sean Kennedy with the Civilian Oversight Commission.

The sheriff's department is trying to discredit the investigations.

"When advisory groups turn into activists they abandon objectivity, which is not a healthy process, and not fair to the communities we serve," Francisco said.

L.A. County Sheriff Alex Villanueva is facing accusations of covering up a violent jail incident between a deputy and an inmate, then lying by saying that he didn't know about it for months.

"The sheriff was subpoenaed and he didn't show up. He then showed up and wouldn't swear to tell the truth," Huntsman said. "He was then ordered by a court again to show up, and then he didn't answer all the questions."

The next hearing for the Civilian Oversight Commission is scheduled for July 1. It remains to be seen if any representatives of the sheriff's department show up.