A Los Angeles deputy is facing a wrongful death lawsuit over the death of a passenger in a July crash in Torrance.
KABC 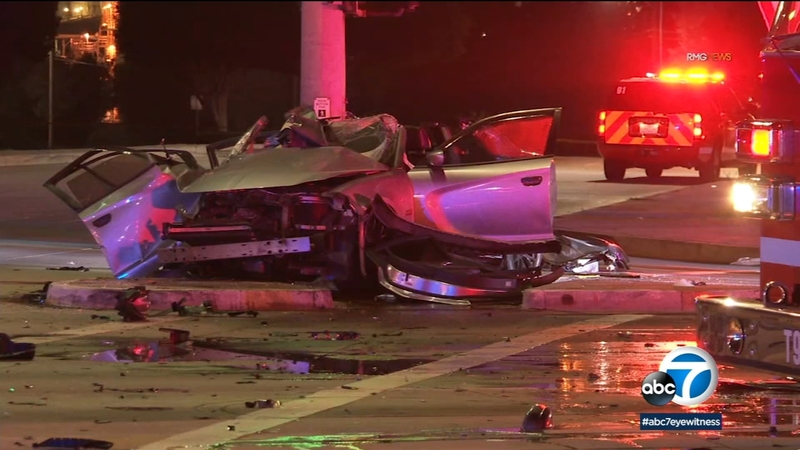 The family of a woman who died in a Torrance crash in July have filed a wrongful death lawsuit against the Los Angeles County sheriff's deputy they say was driving drunk and speeding when he collided with a pole.

Her family and their attorney showed video which apparently shows Auner drinking earlier that evening at a bar where he had met the three women.

"We were speeding. We were not aware he was going to speed. It happened so fast," said Lexie Benjamin, one of the women who was injured. "And he lost control, and we went flying over the median and straight into the pole."

They allege Auner engaged in a street race and then lost control, jumping over a median and across two lanes of traffic before crashing into a telephone pole.

What's been baffling to the attorneys for the family is that there is no evidence that Torrance police conducted a field sobriety test. And after four months there have been no criminal charges filed.

"Even if there was no race, even if there was no alcohol, the speed at which he would have had to been driving to hit that pole, to jump over a median, to go over two lanes of traffic and to hit a telephone pole is criminally negligent behavior," said family attorney Michael Parker.

Wells' mother said they learned from Torrance investigators why no arrest was made.

"We were told the only reason why he was not arrested was they were not aware of his drinking until two hours after the investigation," said Lanora Wells.