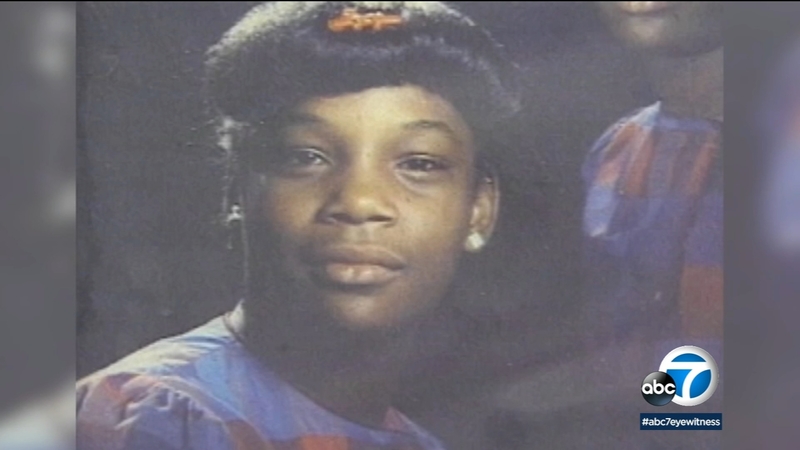 LOS ANGELES (KABC) -- A somber anniversary was marked Tuesday for family, friends, and an entire community still heartbroken over the wrongful shooting of a young, Black girl.

But they gathered on the 30-year anniversary of the killing of Latasha Harlins, not to focus on her death, but celebrate her life - and the naming of the Sutton Recreation Center playground in her honor.

"First thing in the morning when she would come to my door, early in the morning she's like, 'You ready to go to the park?' This is where we would be," said Tybie O'Bard, Latasha Harlins' childhood best friend.

"This is something that's long overdue and I think could be somewhat of a healing to the community," Harlins' uncle, David Bryant, added.

On March 16, 1991, 15-year-old Latasha Harlins was shot and killed by a liquor store owner who accused her of stealing.

Police later confirmed the teenager had not attempted to shoplift.

The woman who killed her was convicted of voluntary manslaughter, and sentenced to just five years probation.

"A young Black girl who had things that she wanted to accomplish. Somebody that, whether we knew it or not as children, was strong in our community," said O'Bard.

Earlier this year, a mural dedicated to Latasha Harlins was revealed at the Sutton Recreation Center in South LA, on what would have been her 45th birthday.

And a Netflix documentary, "A Love Song for Latasha" that looks at the life of the young girl, was just nominated for an Academy Award.

The documentary's director called it healing for Black women and the community.

"In the film we do not use footage of her death, we're not focused on her death but really rebirthing the memory of who Latasha was," director Sophia Nahlie Allison explained.