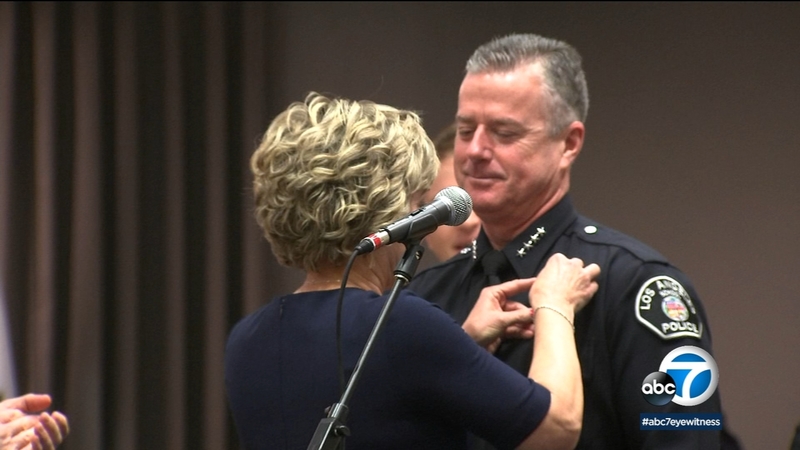 LOS ANGELES (KABC) -- Los Angeles School Police Chief Todd Chamberlain stepped down from his post Wednesday, less than a year after he took the job and one day after the district school board approved a 35% cut to its school police force.

"After humbly serving my communities, departments and personnel over 35 years in law enforcement, I have been placed in a position that makes my ability to effectively, professionally and safely impact those groups unachievable,'' Chamberlain said in written a statement.

Chamberlain added that he could not "support modifications to my position, the organization and most importantly, the community --students, staff and families -- that I believe will be detrimental and potentially life-threatening.''

It's unclear who will take over leadership of the department but a decision on the leadership transition is "forthcoming," a Los Angeles Unified School District spokeswoman told Eyewitness News.

The Los Angeles Board of Education approved an immediate 35% cut to its school police force in response to weeks of protests.

Chamberlain, a 33-year law enforcement veteran, became chief of school police in December. He took the job after retiring as a commander with the Los Angeles Police Department.

His resignation comes after a split vote by the LAUSD Board of Education Tuesday to reduce the agency's budget by $25 million in response to weeks of protests calling for officials to "defund" the police.

The board action also calls for officers to give up their uniforms and patrol off campus, and will lead to the layoffs of 65 officers in the 471-employee department.

The money will instead be used to fund staffing that specially serves the needs of Black students and a task force to study campus safety.