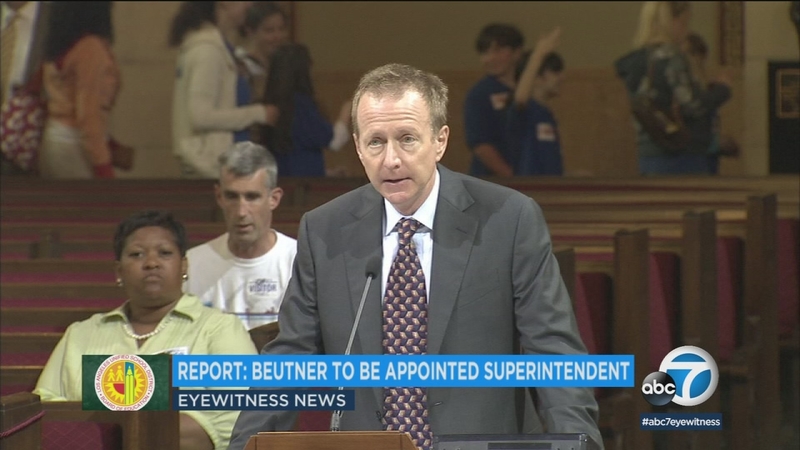 LAUSD's Board of Education made the announcement of the 5-2 vote after meeting behind closed doors Tuesday to discuss candidates. The board also and approved a three-year contract with a base salary of $350,000.

The 58-year-old Beutner, the one-time deputy mayor under Antonio Villaraigosa, has no experience managing a school district - or even a school.

Beutner's hiring is expected to be seen as a message from the school board about placing business management skills above insider educational expertise.

"I congratulate Austin Beutner on his appointment as LAUSD superintendent - and look forward to supporting his work to transform young lives and help all of our students achieve their dreams through public education," Mayor Eric Garcetti said.

The school district has been without a superintendent since Michelle King went on medical leave in September. She announced in January that she had cancer and would not return to the job.

Beutner will be the district's seventh superintendent in 10 years.

The L.A. Times reported that in addition to Alonso and Ferebee, the board was considering Beutner and current Interim Superintendent Vivian Ekchian.

Beutner ran for mayor in 2012 when Villaraigosa termed out, but his campaign never caught on and he dropped out early.

Beutner is slated to hold his first news conference as superintendent on Wednesday at Belmont High School.