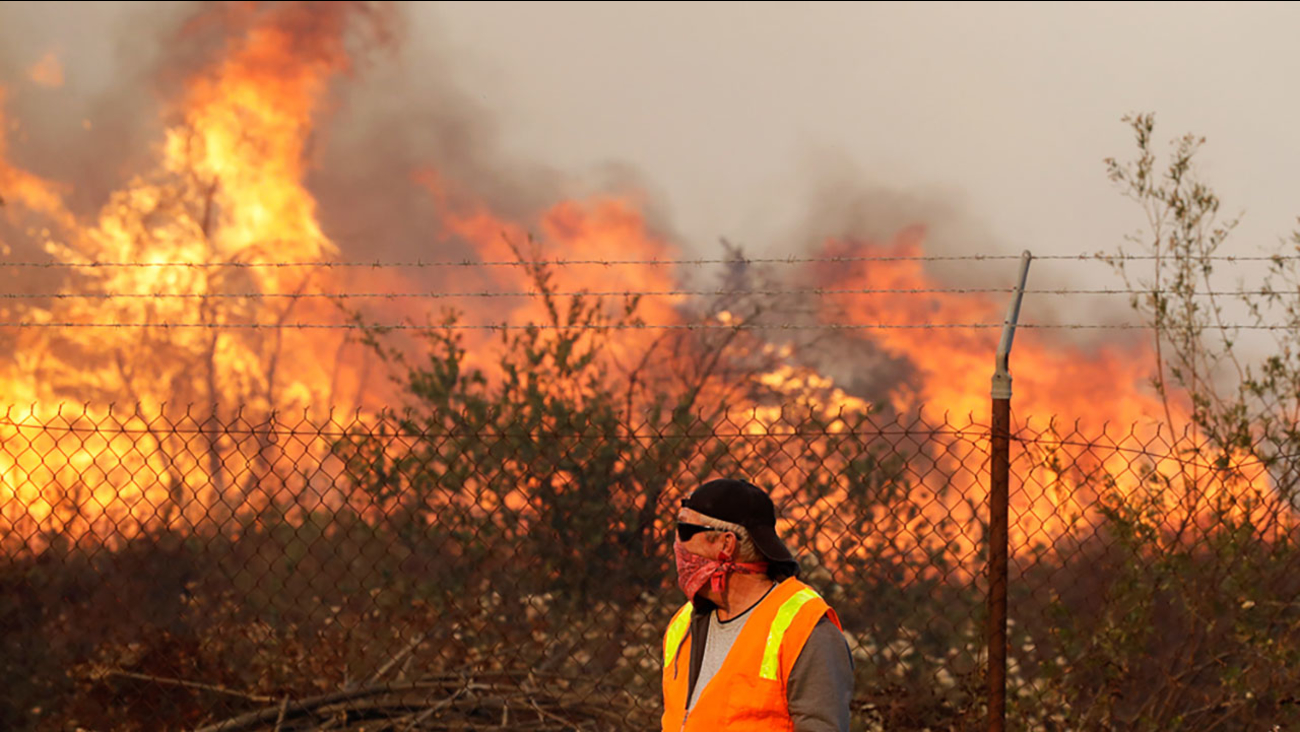 LOS ANGELES (KABC) -- Victims of last year's Creek Fire, which ravaged more than 15,000 acres in the Sylmar-Santa Clarita area, are suing the Los Angeles Department of Water and Power, claiming its equipment was responsible for starting the blaze.

The Creek Fire destroyed at least 60 homes and forced the evacuation of more than 100,000 people as it burned from December 2017 to January 2018.

Attorneys for some of the families that suffered losses in the fire say DWP equipment started the blaze when it was whipped by the intense Santa Ana winds. The attorneys argue that DWP failed to sufficiently maintain the equipment to prevent such ignition.

"They failed to take reasonable precautions to protect residents from a clearly foreseeable risk, and their conscious disregard for safety caused devastation throughout nine communities," said attorney Patrick McNicholas.

The lawsuit is similar to one filed against Southern California Edison in connection to the Thomas Fire. Victims claim the company fail to properly maintain its equipment, leading to the start of the fire. The company has admitted that its equipment was responsible for at least one of the fire's two ignition points.
Report a correction or typo
Related topics:
sylmarlos angeles countybrush firewildfire
Copyright © 2021 KABC-TV. All Rights Reserved.
More Videos
From CNN Newsource affiliates
TOP STORIES