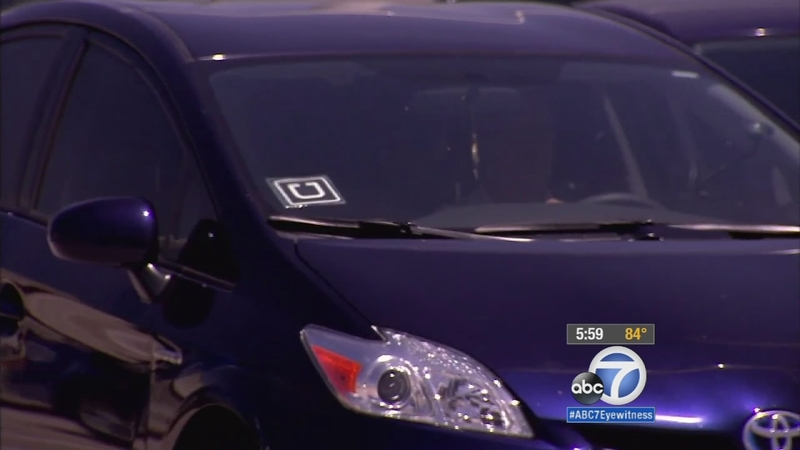 LOS ANGELES (KABC) -- The Los Angeles City Council has given final approval to allow ride-hailing services such as Uber and Lyft to pick up passengers directly from Los Angeles International Airport.

The council voted 9-6 to affirm the Airport Commission's July 16 decision, and pickups could begin in a matter of weeks.

"I think this is a win for neighbors around the airport who get inundated by these vehicles. This is also a win for passengers of the airport who like to have more choices and deserve them," said L.A. City Councilman Mike Bonin.

The council initially asserted jurisdiction over the Airport Commission's decision to look over the issue following concerns that background checks weren't thorough enough and put customers at risk.

"I believe that public safety is an overriding concern for anyone overseeing the transportation industry," cab driver Gary Fogen said.

The taxi companies complained that they have to play by a different set of rules and that gives Uber and Lyft a competitive edge.

"For more than three years, we've been living under just voluminous rules and they've been operating almost without those rules," said William Rouse, general manager of Los Angeles Yellow Cab.

"We just have to be careful to make sure that the regulatory approach isn't an old one that they're trying to slap upon new business models that might stunt the growth of these businesses," said Kish Rajan of CALinnovates, a nonprofit tech advocacy coalition.

Currently, ride-hailing companies are allowed to drop passengers off at LAX for a $4 fee. Under the new plan, they would also be charged $4 to pick someone up.

The council agreed to explore a possible city ordinance to require ride-hailing driver background checks to include fingerprint-based screening, and to urge the California Public Utilities Commission, which regulates ride-hailing companies, to adopt new policies that require fingerprinting.

"This debate has given us an opportunity to have a new look at how we can keep people safer, not just at LAX but throughout our city," said Councilmember Paul Krekorian.

When the plan is implemented, LAX will become the largest airport in the country to grant Uber and Lyft full airport access.