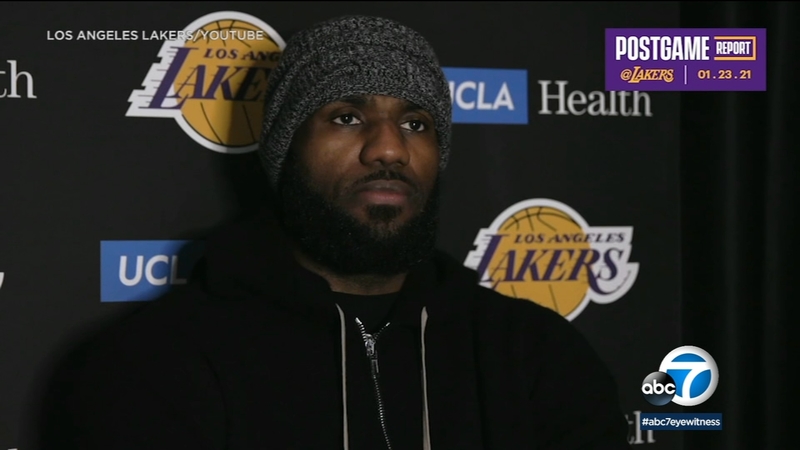 LOS ANGELES (KABC) -- Tuesday will mark a year since the tragic death of Kobe Bryant, his daughter Gianna and seven others in a helicopter crash in Calabasas.

After Saturday's Lakers win over the Chicago Bulls, LeBron James and Anthony Davis shared their thoughts on the upcoming anniversary.

Both players had some powerful memories of the Laker legend.

"Time heals all," James said. "And as devastating and as tragic as it was and still is to all of us involved with it, only time. And it takes time."

Kobe Bryant fans flocked to his Mamba Sports Academy in Thousand Oaks to pay tribute to the late basketball legend, leaving flowers and candles and sharing stories about his generosity.

"As we approach his one-year anniversary, it saddens our hearts to actually come to the realization that he's gone," Davis said. "I know I still have trouble with it, you still just can't believe it."

The Lakers have said they don't plan a formal tribute to Bryant because they don't want to make the anniversary any harder for the team.