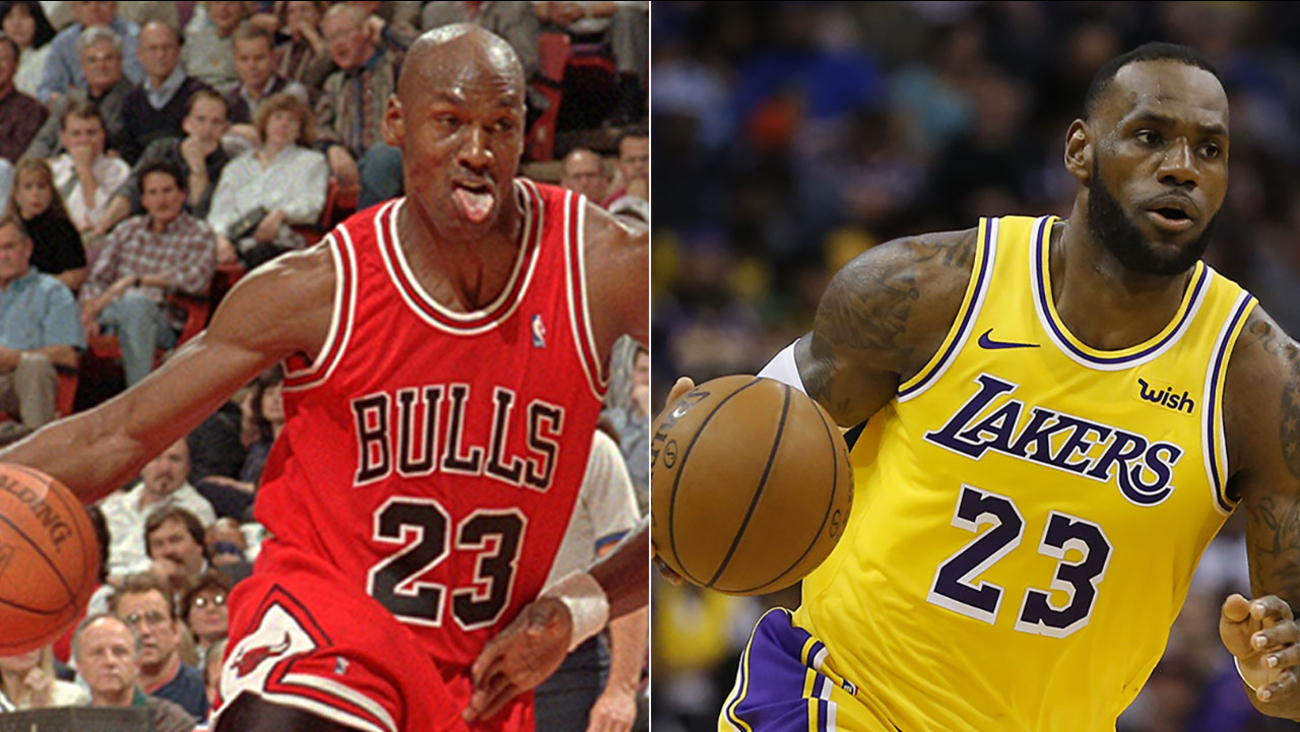 The Los Angeles Lakers superstar scored his 32,293rd point on a driving layup in the second quarter against the Denver Nuggets, getting fouled in the act and hitting the ensuing free throw.

This achievement was particularly special to James, who grew up in Ohio idolizing Jordan. James tweeted his excitement about the milestone shortly before the game: "Can't even front. This is going to be UNREAL!! Wow man."

Under direction from the NBA, the Lakers waited until the next timeout to honor James, who got a standing ovation from his new Los Angeles fans during a tribute video. James, still engrossed in the game, barely acknowledged the milestone after receiving hugs from several teammates.

The 34-year-old James is among the last active players who were old enough to witness Jordan in his prime with the Chicago Bulls. LeBron has said he grew up in Akron admiring Jordan as "the best ever" while he led Chicago to six championships in eight years during the 1990s.

"There are certain milestones that it's nice to take a moment and embrace and honor," Lakers coach Luke Walton said before the game. "Michael is a guy that guys like LeBron, myself included, grew up watching. That is THE guy, Michael Jordan. So to pass him in anything, especially scoring, would be something that we aren't going to see very often."

Jordan averaged 30.1 points in 1,072 games with Chicago and Washington. James, who entered the NBA at 18 years old compared to 21 for Jordan, began the night averaging 27.1 points in 1,189 games over 16 seasons with Cleveland, Miami and the Lakers.

But James has never been a score-first player, instead dominating the league and winning three titles with his mix of shooting, playmaking and brute physical brilliance. Just eight days ago, James moved into 10th place on the assists list, becoming the first player in league history to make the top 10 in points and assists.

"To see where he is now is remarkable," said Denver coach Michael Malone, an assistant coach with the Cavs from 2005-10. "He makes everybody around him better. ... He made us look like really good coaches in Cleveland. I know that LeBron James is arguably one of the greatest ever to lace them up, and this is a great accomplishment in his career."

Five of the top six scorers in NBA history played for the Lakers, who signed James as a free agent last summer. Although James has only played 47 games for Los Angeles, he has charged up the career scoring chart in that time: He passed Dirk Nowitzki for sixth place in October, and he passed Wilt Chamberlain for fifth in November.

James began the night averaging 27.0 points, 8.7 rebounds and 8.0 assists while hitting 51 percent of his shots and playing 35.7 minutes per game for the Lakers. He would have hit this milestone earlier in the winter, but a midseason groin injury on Christmas sidelined him for 17 games over five weeks - the longest injury absence of his career.

Although James' numbers remain strong, his first year on the West Coast is shaping up as one of his worst in terms of team success. The Lakers (30-34) have faded ever since James was injured, going 10-20 and falling to the fringe of the playoff race even after his return.

James has played in the last eight consecutive NBA Finals, and he hasn't missed the playoffs since 2004-05, his second NBA season. After they began the night 5 games out of a playoff spot, the 10th-place Lakers would need an incredible late-season run - and an extraordinary collapse by two teams in front of them - to avoid missing the playoffs for the franchise-record sixth consecutive season.