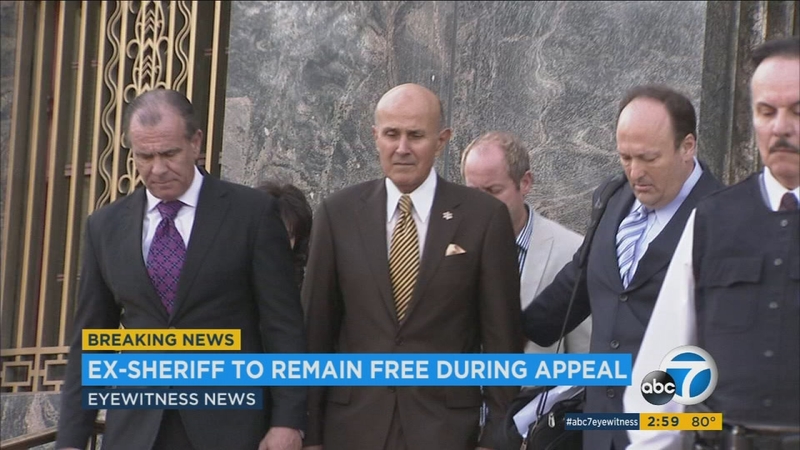 Baca claims he was wrongly prevented from providing evidence from an expert witness about his Alzheimer's diagnosis during his obstruction of justice trial.

He was convicted in March - nearly six years after he and other brass were alerted that a jail inmate caught with a contraband cellphone was working to provide the FBI with evidence of brutal beatings by guards.

Once the FBI investigation was exposed, Baca met with other brass in the department to stall that probe and mislead their federal counterparts. But the plan backfired. Federal investigators turned their attention to taking down higher-ups who conspired with the longtime sheriff to kill the civil rights investigation.

A psychiatrist was prepared to testify that Baca's memory could have been impaired when he allegedly told prosecutors in 2013 that he was unaware of actions taken by deputies to thwart the investigation.

The 9th Circuit Court of Appeals said Baca's appeal may have merit and that the trial judge made a mistake in denying bail to the 75-year-old.

He was sentenced in May to three years in federal prison for obstructing justice and making false statements.