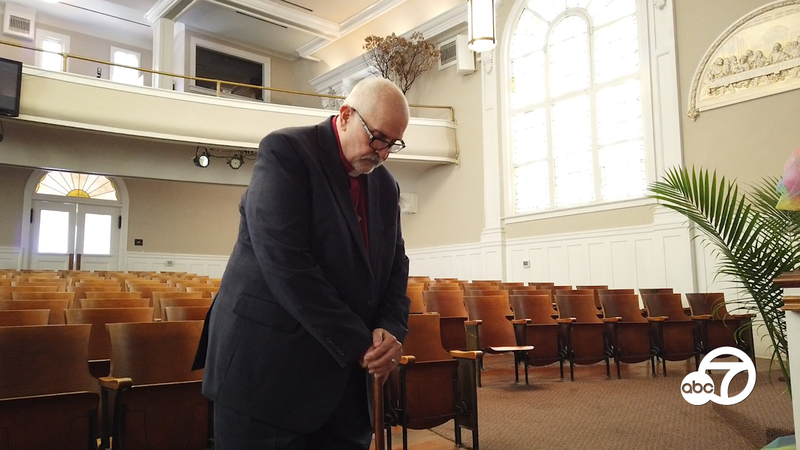 "I had taken out an ad in a gay newspaper called the Advocate, it read 'Hear Reverend Troy Perry,' said Perry, "A little, four-page newspaper and gave my home address in Huntington Park, California and that Sunday 12 people showed up."

That's when he officially founded the Metropolitan Community Church (MCC).

Today, the MCC is the largest LGBTQ+ ministry in the world, with more than 172 churches in 37 countries.

This was just the start of Perry's lifelong advocacy for LGBTQ+ rights.

He's credited as being one of the original founders of the first Pride Parade.

On the first anniversary of Stonewall, Perry was encouraged to commemorate the riots by holding a demonstration in Los Angeles.

"I said this is Hollywood, we've already held demonstrations," said Perry. "I said, we're going to hold a parade."

"New York always hates for me to say we had the first gay pride parade but we did," said Perry.

"The thing that was amazing to me was that there were thousands of people. I've never seen more dark shades and caps over people's faces but I didn't care, they came. And the next year was even bigger," he said.

Perry has been recognized all over the world as a leader for the LGBTQ+ community.

Artifacts from his early days with the LGBTQ+ civil rights movement will be on display at the Smithsonian in October.
But for now, you can find him preaching at the MCC congregation in Los Feliz and fighting for his community.