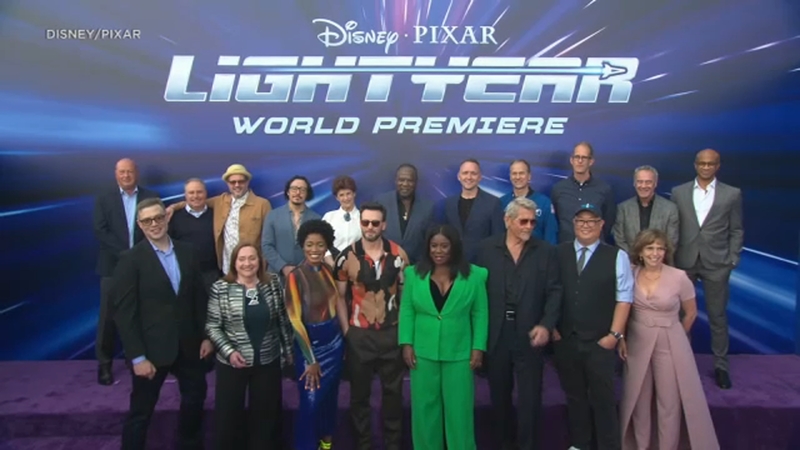 HOLLYWOOD -- Movie fans are buzzing about the latest film from the creative minds of Pixar.

"Lightyear" held its world premiere in Hollywood on Wednesday. The film takes us to a time 'pre'-"Toy Story." Chris Evans voices the title role, taking over for Tim Allen - sort of. While Allen played the voice of the Lightyear TOY, Evans plays the space ranger that inspired that toy.

The animated film centers on Buzz, who sets out to save his fellow astronauts after years of being stranded on an intergalactic planet. One of his co-stars is Keke Palmer. And because this is an animated film, the actors usually have to record their work "solo." So that meant the premiere was the first chance for many of them to say hello!

Disney super fan Yvette Nicole Brown stopped by to talk with On the Red Carpet's George Pennacchio, then she took over and interviewed her friend, Palmer.

"What was it like working with Chris Evans?" Brown asked.

"I don't know the man. I never met him before!" Palmer said. "But I'm one of his biggest fans. We had a conversation over Zoom but I think this is the first night I'm actually going to meet him in person!"

Palmer did get to meet Evans and was greeted with a big friendly hug. Brown got one, too!

"Lightyear" is in theaters Friday, June 17.

To infinity and ... 🚀 Experience the origin story of a Space Ranger in Disney and Pixar's "Lightyear," in theaters Summer 2022.