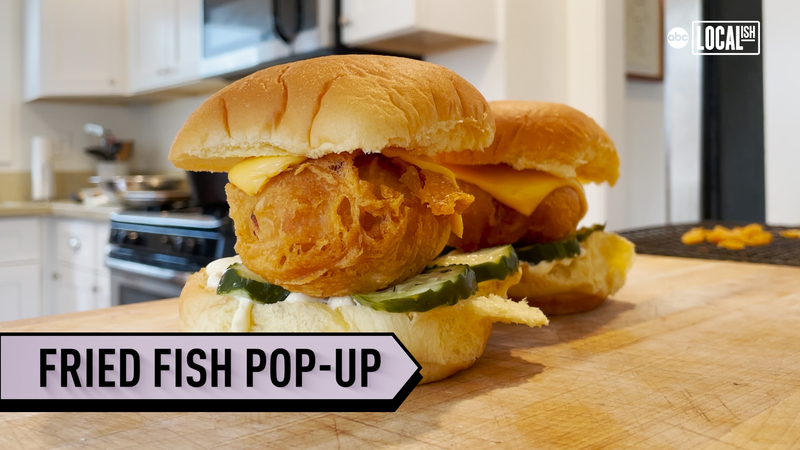 LOS ANGELES -- It's the little pop-up that has become a big hit in LA's Echo Park.

Little Fish was started by three local restaurant workers who had to leave their jobs due to the pandemic but wanted to keep cooking for people.

"They had all this cooking energy and I'm an organizer. So, we just started doing this and wanted to do it for our friends in the beginning," said Anna Sonenshein, co-founder of Little Fish.

In September, Anna Sonenshein, Forrest Florsheim and Niki Vahle started cooking up fried fish for their friends out of their Echo Park home.

That led to the start of their pop-up called Little Fish.

"We started doing this, as Niki and I both still weren't working and kind of wanted to explore what doing food out of a house would look like," said Florsheim.

While this was supposed to be a temporary project to make enough money to get by and serve some tasty food in the meantime, the concept immediately gained popularity.

They can now also be found at Smorgasburg in DTLA on Sundays.