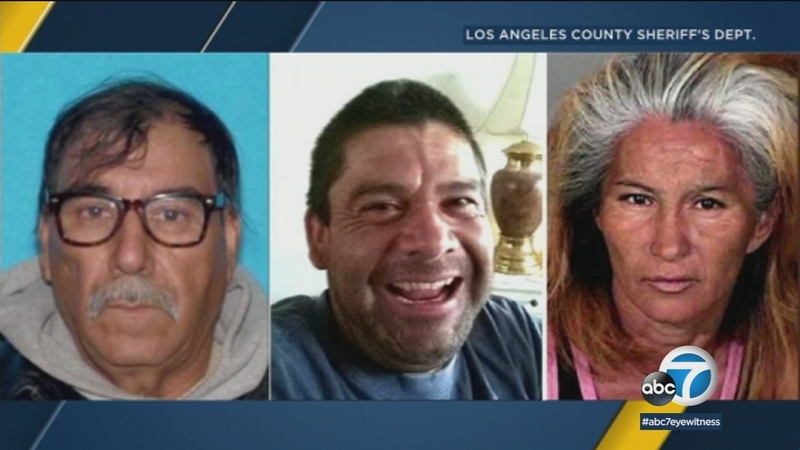 LITTLEROCK, Calif. (KABC) -- Los Angeles County authorities on Saturday continued to ask for the public's help in the case of three missing people who, according to investigators, have likely been murdered.

A $20,000 reward was offered April 10 for information leading to the arrest and conviction of the person or persons responsible for the disappearance of Jose Jorge Lara Paez, 66; Cuauhtémoc Lara, 39; and Julieta Arvizu, 49; according to Supervisor Kathryn Barger 's office.

Jose Lara's vehicle was found abandoned in Littlerock on Feb. 5.

Cellphones belonging to the three missing persons had been turned off since the day the victims went missing and have not been used since, authorities said. All of the individuals' personal property was left at their homes.

"Los Angeles County Sheriff's Department investigators believe the missing persons disappeared under suspicious circumstances," Tony Bell, a spokesman for Barger, said in a statement. "The families, who have been helpful during the investigation and remain in contact with the investigators, are devastated by this event."

Sheriff's investigators have received no viable leads, but they believe there are witnesses who could help the investigation.