"Live with Kelly and Ryan" returns for a new season on September 8th, with the hosts and their executive producer Michael Gelman heading back to the studio for the first time since the COVID-19 pandemic began.
OTRC
By George Pennacchio 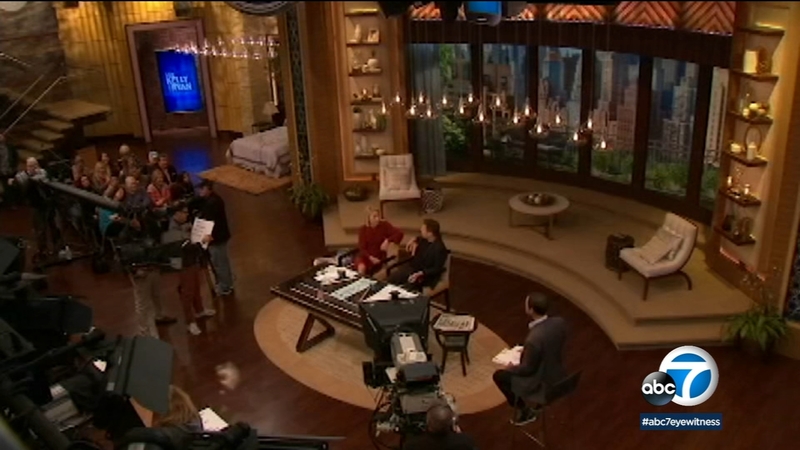 "Live with Kelly and Ryan" returning to studio after Labor Day

HOLLYWOOD -- When "Live with Kelly and Ryan" returns for a new season on September 8th, the hosts will head back to the studio for the first time since the pandemic began. Executive producer Michael Gelman says things will be different- but in these times, it's safety first.

"There's a whole check list that we have to individually have done and we've done an online course and we take our temperature and there are officials make that need to be worn," said Gelman.

For the past several months, Kelly Ripa and Ryan Seacrest have done their popular morning show from their homes...welcoming their guests virtually from two different coasts.

On Labor Day, they'll be doing an outdoor holiday cookout. Then on Tuesday, it's back to business as usual; or as usual as it can be.

"We're going to be staying safe but at the same time, we'll be together, which is great and we're going to shoot it in a way that even though they're six feet apart, we're going to put them together so it has that kind of homier feel," said Gelman.

The audience, which was always seen on camera in seasons past, will now just be the people in-studio working on the show. At least for now. But some guests do plan to appear in person, beginning the first day back inside.

"The first day, we've got John Leguizamo, who's supposed to be in the studio as well as David Muir on the second day," said Gelman. "A lot will still be remote from their homes but whenever possible, we'll get them to come in and see us."

The first month back, Kelly and Ryan will have a new series of segments called "Live at Home," focusing on advice and "how to" tips involving home projects, cooking, money and health.

And the daily trivia fun will be back, with some changes because of these turbulent times.

"There will be differences in the prizes but it's still going to be great to interact with people at home as we normally would with people in the audience" said Gelman.