Luxury penthouse featured in Emmy nominated shows up for auction 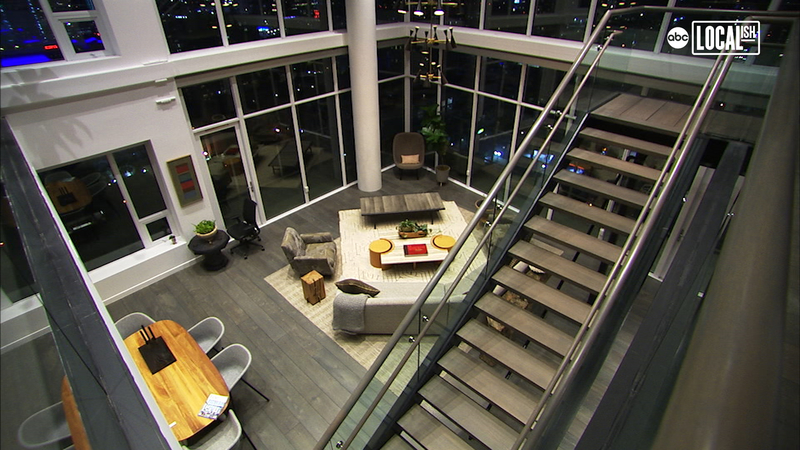 Luxury penthouse featured in Emmy nominated shows up for auction

LOS ANGELES -- A penthouse featured in the shows, 'Westworld', 'Homeland' and 'The Morning Show' is now up for auction.

The property is 3,900 square feet with two bedrooms and four baths. It has floor-to-ceiling windows giving an unparalleled view of Downtown Los Angeles.

"Look at the skyline, it's just gorgeous" said Eileen Rivera, of The Rivera Real Estate Group. "This view affords you both privacy, luxury, a perspective from up in the clouds.

"The penthouse also has a private terrace and a whiskey den. As for its on-screen life, the penthouse played home to Steve Carell's character on 'The Morning Show.' On 'Westworld', Tessa Thompson's Hale called the space home during season three and it was also featured in the series finale of 'Homeland' as Claire Danes' character Carrie's new living space.

If you'd like to own this Hollywood star, bidding will start at $4.75 million.