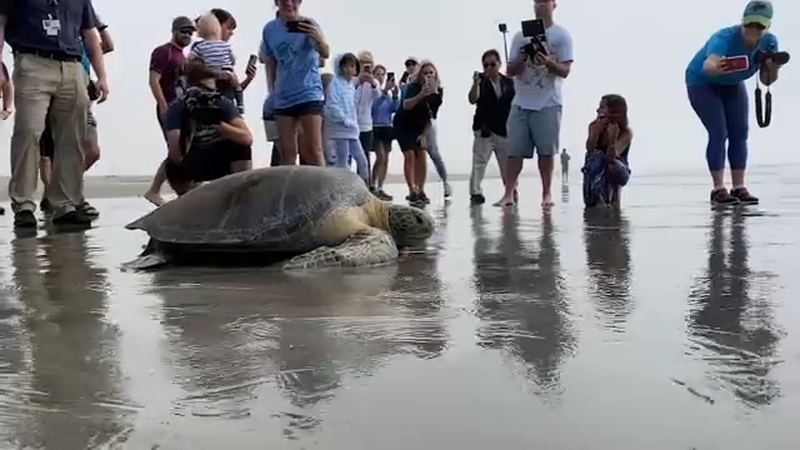 SEAL BEACH, Calif. (KABC) -- After more than a month-long rehabilitation, it's time for this sea turtle to go back home.

The endangered green sea turtle was found in mid-August by cyclists along the San Gabriel River, according to Cassandra Davis, manager of volunteer programs at Long Beach's Aquarium of the Pacific. The turtle had found her way onto the concrete embankment of the riverbed.

When the 160-pound sea turtle arrived at the aquarium, she was weak and dehydrated. X-rays uncovered a fishing hook lodged in the esophagus near the stomach. The doctors performed an endoscopic surgery to remove the hook and attached fishing line. It took a little more than a month for her to recover and resume eating. That's when the aquarium's veterinary team felt she was healthy enough for release.

Back in 2014, this same turtle was examined by NOAA sea turtle biologists in the San Gabriel River and tagged. Since then, she has grown about 8 inches and gained about 90 pounds.