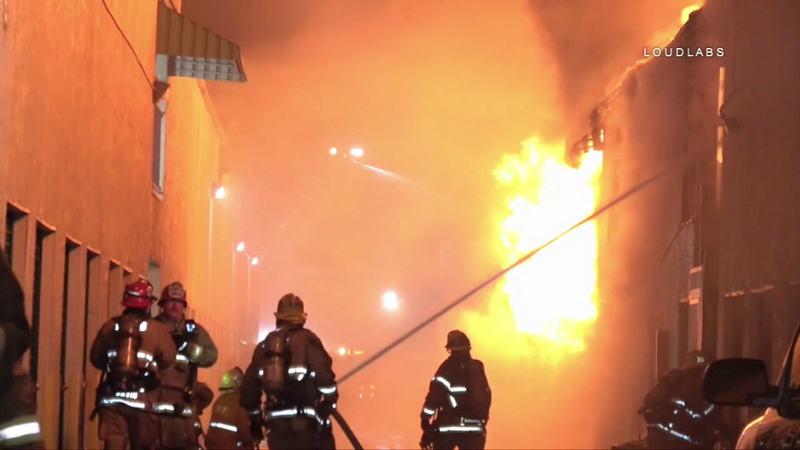 LONG BEACH, Calif. (KABC) -- A three-alarm fire ripped through a storage facility in Long Beach overnight, which led to a safety hazard for firefighters as they took hours to knock down the blaze.

Long Beach firefighters responded to the structure fire in the 2000 block of W. Wardlow Road at about midnight Monday, where about 100 storage units were damaged or destroyed.

Fire crews were cautious over the structure possibly collapsing as large, stubborn flames ripped through the facility and caused cracks in the ceiling.

Firefighters had to take a defensive stance and were able to contain the blaze to the building.

One firefighter was transported to nearby hospital for a shoulder injury and was later released.

As of 5 a.m., fire crews were continuing to put out hot spots and start the clean-up process, which was expected to take several hours.