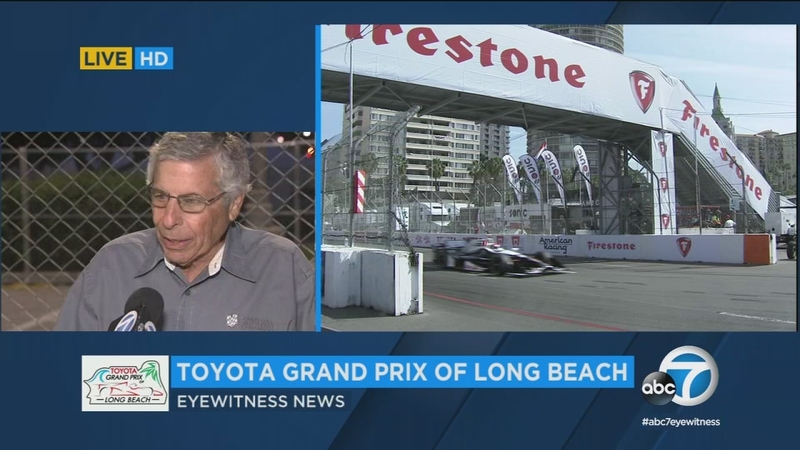 LONG BEACH, Calif. (KABC) -- Long Beach is gearing up for a wide range of events in the run-up to the Toyota Grand Prix in two weeks.

The Grand Prix weekend is scheduled for April 13-15 in downtown Long Beach, but residents had the race track available for a test run on Tuesday.

The Grand Prix View gave people the chance to walk, jog, bike and skate on the track Indy car drivers will race around at speeds of 180 mph.

Beginning Friday, April 13, fans will be able to watch several races and competitions that include sports cars, Super Trucks and of course, Indycars.

"The cars are so close to the patrons," said Jim Michaelian, President & CEO of the Grand Prix Association of Long Beach. "And you can see the visceral effects, and the sounds and the noise that it emanates really gives you a different kind of sensation that you experience in almost any other race track."

For fans interested in more than just cars, the weekend will also feature live music with the bands Ozomatli and The Cult scheduled to play.