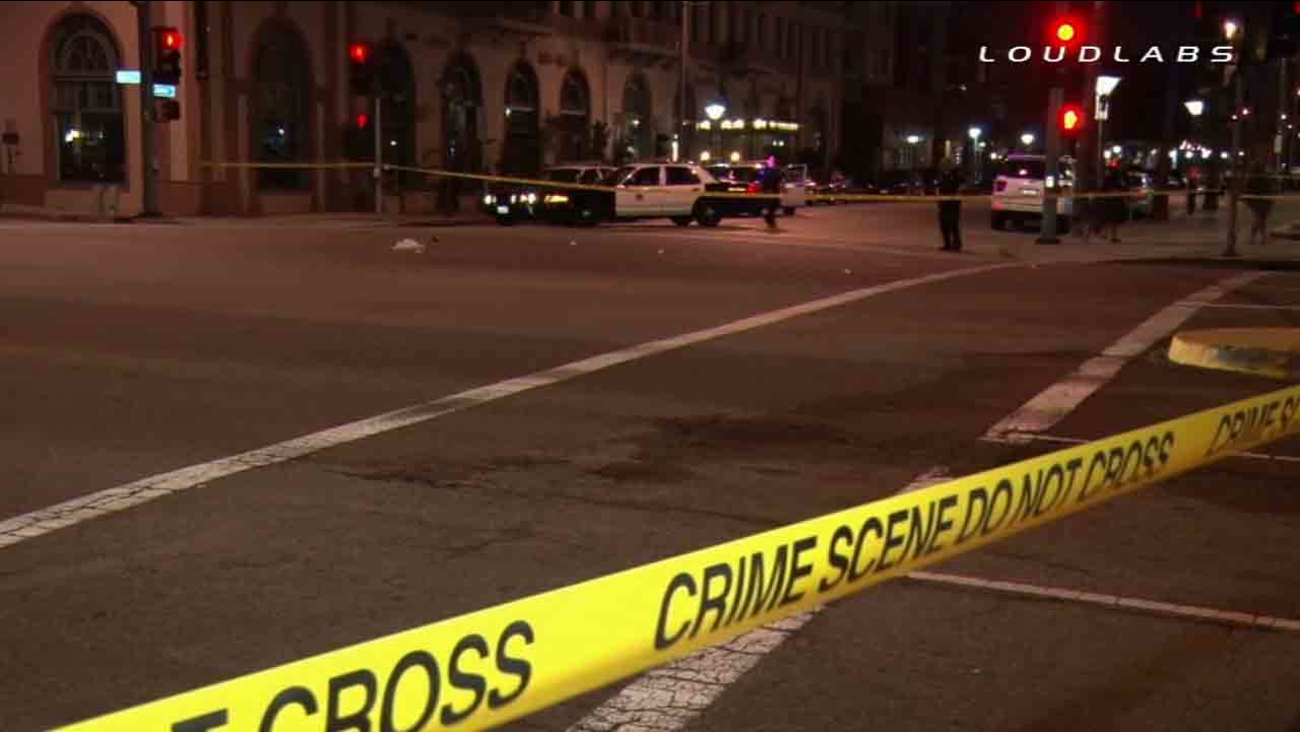 Long Beach police respond to the scene of a hit-and-run collision at the intersection of Ocean Boulevard and Linden Avenue Saturday, Oct. 25, 2014.

LONG BEACH, Calif. (KABC) -- A man was critically injured after being struck by a hit-and-run driver while crossing the street in Long Beach Saturday night.

The incident occurred at the intersection of Ocean Boulevard and Linden Avenue at 11:20 p.m.

The suspect, who was driving a Scion, fled the scene, but was caught a short time later after he crashed on the 710 Freeway near Willow Street. The cause of the crash is unknown, but the suspect is facing hit-and-run charges.

The victim was transported to St. Mary's Medical Center in Long Beach.

Police are unsure if alcohol played a factor in the crash. The investigation is being handled jointly by Long Beach police and the California Highway Patrol South Los Angeles division.