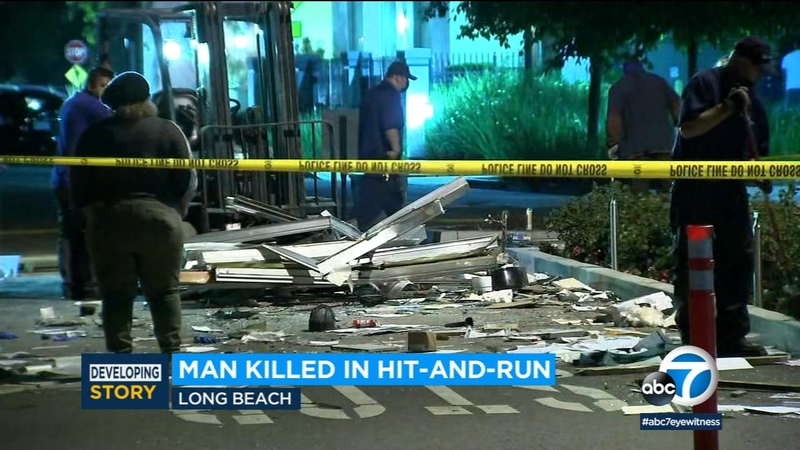 LONG BEACH, Calif. (KABC) -- A hit-and-run driver struck and killed a security guard at the gate to a housing complex in Long Beach on Saturday, officials say.

The incident happened just after 3 p.m. at the Century Villages at Cabrillo complex on San Gabriel Avenue.

It appears a gray SUV struck the guard as well as the gate structure near the entrance to the complex. Paramedics declared him dead at the scene.

Police say the driver fled the scene on foot and there was no arrest announced as of later Saturday evening.

"Our community experienced an incredible loss today involving a hit-and-run driver and the death of one of our security personnel," said Steve Colman, executive director of Century Villages at Cabrillo.