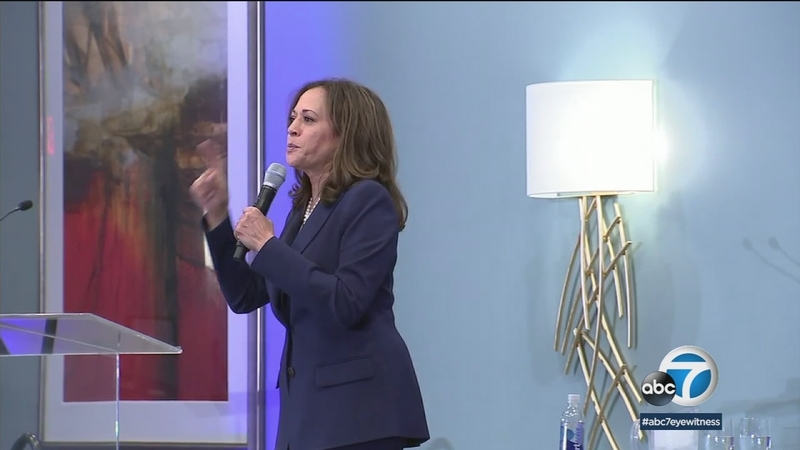 Overcoming political hostilities dominated her message as she stressed that people from both parties are awake at night with the same worries. "Our personal health, the health of our children, our parents. For the vast majority of folks, 'Can I get a job? Can I keep a job? Can I pay the bills by the end of the month?'"

The freshman senator told them that the power of public pressure was evident in pushing back the Republican pledge to repeal the Affordable Care Act. "What ended up happening, people in so-called red states and so-called blue states said, 'Don't play politics with our health care.'"

In the face of threats to deport immigrant college students who are registered with the DACA program, Harris said the U.S. courts and the Constitution have provided a vital shield. "They are saying, these DACA kids, you can't take away the protections. So right now, there is a hold on the administration's effort and intention to rescind DACA because our court system is working."

In a similar town hall in Sacramento earlier this week, Harris faced confrontational questions about police brutality and the shooting of Stephon Clark. The Long Beach crowd was overwhelmingly supportive.

"The short amount of time she has been in Congress, the number of bills she's put forward, she is so active," said Ted Williams of Rolling Hills Estates.