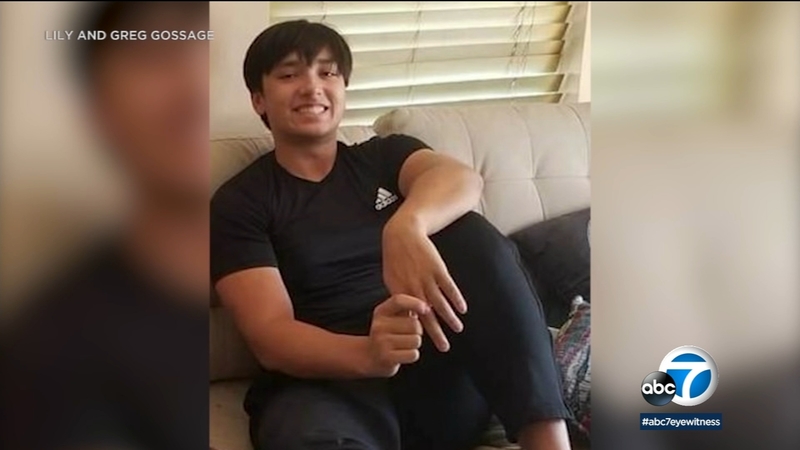 LONG BEACH, Calif. (KABC) -- A Long Beach high school and the local community are mourning a 16-year-old student who has been identified as the pedestrian struck and killed by a suspected DUI driver this weekend.

Aiden Gossage was walking in a marked crosswalk shortly after 9 p.m. Saturday at the intersection of Los Coyotes Diagonal and Deborah Street when he was struck by the DUI suspect's vehicle, a 2001 Chevrolet Tracker, according to Long Beach police and the Los Angeles County coroner's office.

Officers arrived at the scene to find Aiden in the roadway.

"Good Samaritans and officers performed life-saving measures until the Long Beach Fire Department arrived," police said in a news release. Despite their efforts, Aiden was pronounced dead at the scene. 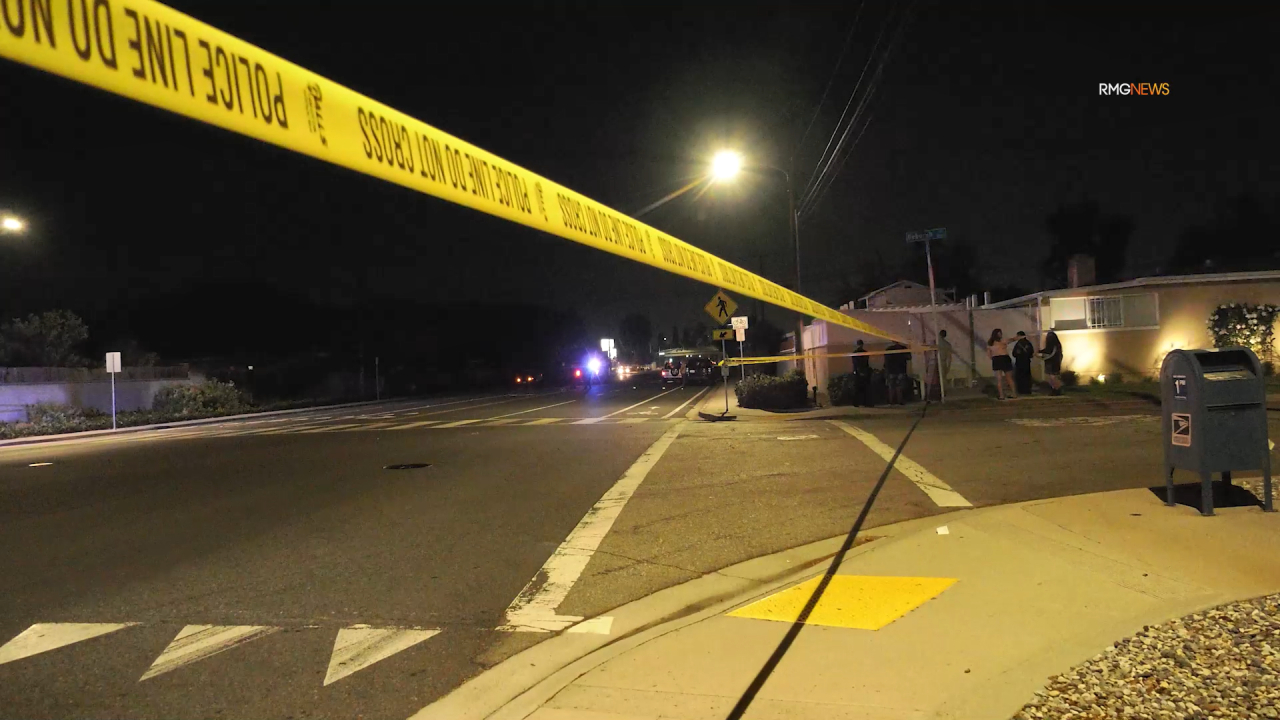 A 16-year-old pedestrian has been identified as the victim killed in a suspected DUI crash that occurred in Long Beach, police said.

Kevin Chris Dahl, a 33-year-old resident of Lakewood, was arrested and booked for one count of gross vehicular manslaughter and one count of driving under the influence, authorities said. Bail was set at $100,000.

A memorial with flowers and other items is now growing at the scene.

Aiden's parents, Lily and Greg Gossage, while distraught at the loss are grateful for the outpouring of support.

"It's healing for both of us to read some of the things (from) the Millikan students and strangers who come up to us," said Lily Gossage.

Aiden's father said he is taking solace in having seen his son grow into a young man who was already making him proud. Aiden would have turned 17 in less than three weeks.

"All that matters to me is my son," Greg Gossage said. "He's my first-born son. And I'm so proud and happy that he came to be everything I expected as a father."

The Long Beach Unified School District is providing counseling to help students through the loss of their classmate.

"We are deeply saddened by this tragedy," the LBUSD said. "On behalf of the school district, we extend our sincerest condolences to Aiden's family and friends."
Anyone with information about the collision is asked to call police Detective Kevin Matter or Detective Joseph Johnson at (562) 570-7355.

A father and son were shot at a fruit stand on a Long Beach street corner Friday night, and were taken to the hospital in critical condition.