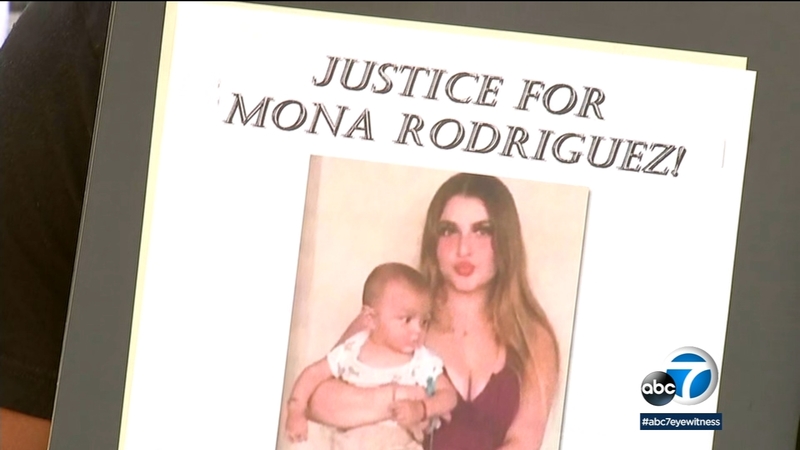 LONG BEACH, Calif. (KABC) -- The family of an 18-year-old woman who was shot by a Long Beach Unified School District safety officer and was left brain dead are calling for that officer's arrest.

The group protested on Sunday to demand that criminal charges be filed against the officer.

Mona Rodriguez, a mother to a 5-month-old son, was in the passenger seat of a car that sped away from an altercation when she was shot by the school safety officer last week near Millikan High School.

Police say the school safety officer saw Rodriguez and another girl fighting in the street.

When Rodriguez and two others attempted to leave the scene in a vehicle, the school safety officer approached the car and fired into the vehicle as the driver was pulling away, striking Rodriguez inside.

Cellphone video from the scene shows the officer open fire.

Friends say Rodriguez was unarmed and described her as a beautiful soul who was being harassed in the days before she was shot.

Family members on Friday said Rodriguez was going to be taken off life support and that her organs would be donated.

The Long Beach Police Department and the Los Angeles County District Attorney's office are investigating the incident. The D.A.'s office will ultimately decide whether the officer will face any charges.