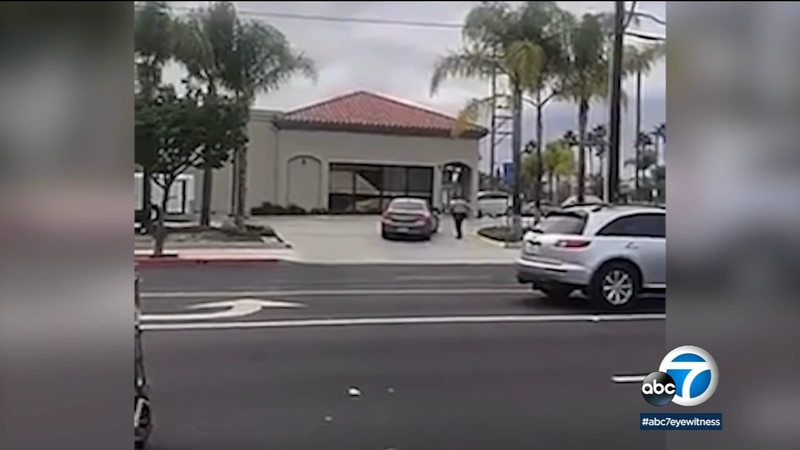 The Long Beach Unified School District said one of its school safety officers responded to investigate an altercation between multiple people at Spring Street and Palo Verde Avenue around 3:13 p.m.

Video of the incident shows the officer approach a silver sedan and as the driver takes off, the officer opens fire at the fleeing car. The video is now part of a police investigation.

A woman was shot and transported to a local hospital in critical condition, police said.

The school district said in a statement that no Millikan High students were injured in the shooting. The statement said additional staff will be at the school Tuesday to offer students support.

Long Beach police are investigating and detectives are looking at surveillance video from nearby businesses.

The LBUSD says additional staff will be on campus Tuesday to support any students who need it.