Three people were wounded after a shooting outside the Pike Outlets in Long Beach Saturday evening, police said.

Panicked shoppers ran from the area after gunfire erupted near Aquarium Way and Shoreline Drive around 7:30 p.m.

Long Beach police said the three victims -- a 13-year-old boy, an 18-year-old man and a 23-year-old man -- were standing on a corner when they were shot at from a car. Chief Robert Luna said that officers nearby provided aid to the victims.

All three victims were taken to local hospitals, with the 23-year-old listed in critical condition after being struck in the upper torso and the other two victims listed in stable condition.

Three individuals, including two teens, were later detained. Luna said there was no active threat to the public.

One of the suspects has been identified as 23-year-old Jonathan Rodriguez-Zamora of Wilmington. Police say he was booked on three counts of attempted murder, one count of shooting into an inhabited dwelling, carrying a concealed weapon, and driver permitting a person to discharge a firearm from a vehicle. He is currently being held on $3 million bail.

One witness said she saw a car drive up to the corner of Shoreline and then heard multiple shots, prompting her to scramble to safety with her daughter.

Bullets sprayed the area, with one shattering a glass door of a nearby Hooters.

Roads near the popular shopping and entertainment center were closed during the investigation, while crime scene tape was placed around multiple businesses.

Prior to Saturday night's shooting, Luna said the department had increased patrols throughout the city due to a recent uptick in shootings.

The shooting's motive is unknown, but police say it is being investigated as possibly gang-related.

"We want to make sure that we are doing everything we can to preserve the crime scene," Luna said. "Because at the end of the day we want to hold the individuals that we have detained accountable if they are actually the people who shot the victims of this crime." 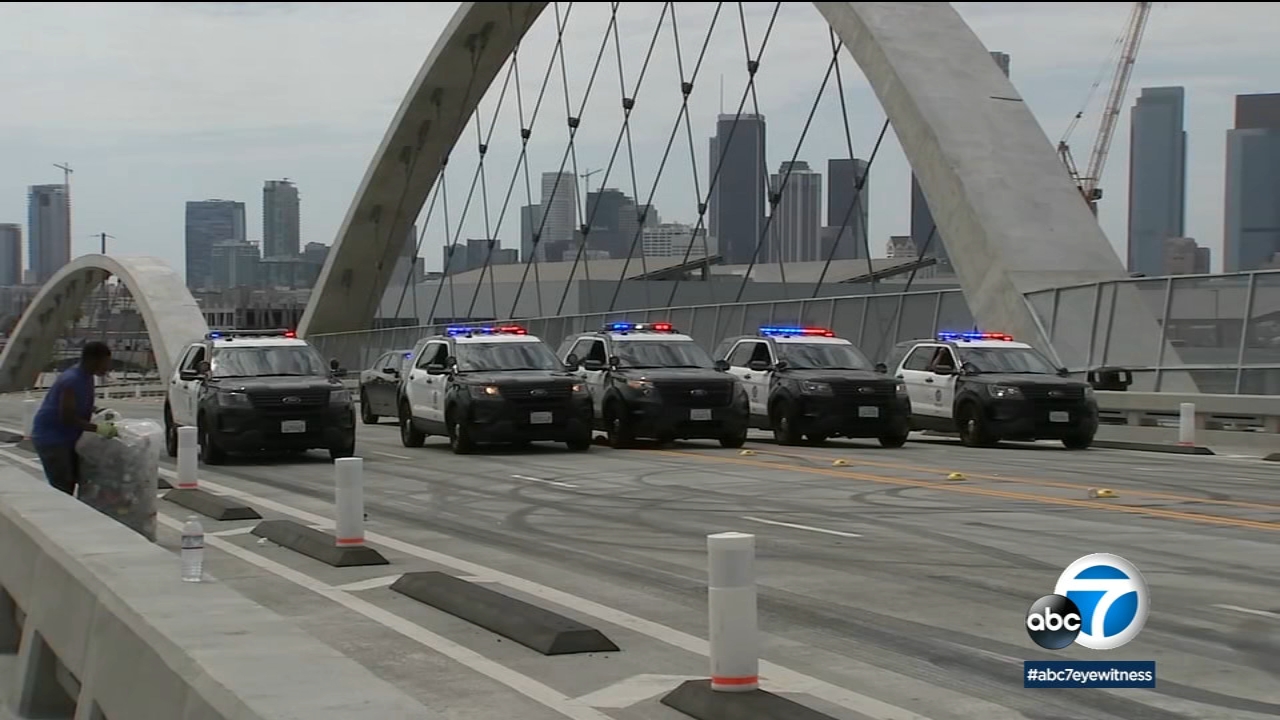