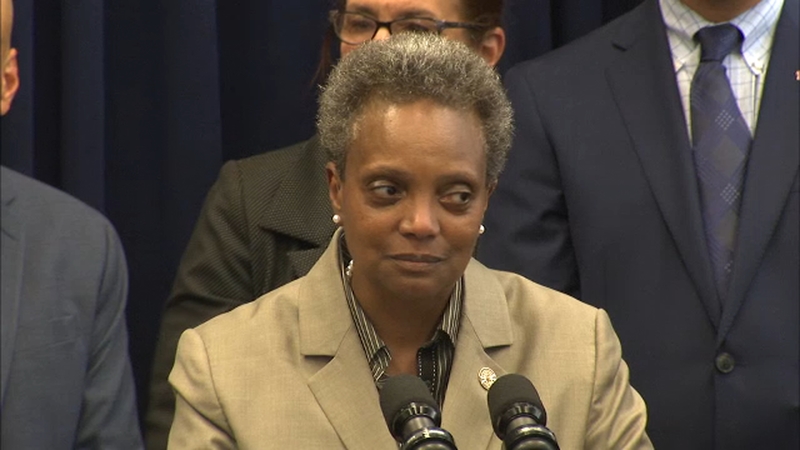 Lightfoot faces fallout over comment picked up by hot mic

CHICAGO -- Chicago Mayor Lori Lightfoot is responding to fallout over a comment she made that was picked up by a hot mic, calling a police union official a "clown."

"I am sorry that I said it out loud," Lightfoot said.

The mayor made the remark as the first-vice president of Chicago's Fraternal Order of Police walked up to speak at Wednesday's City Council meeting.

Patrick Murray was disputing the recent firing of four officers over the Laquan McDonald investigation.