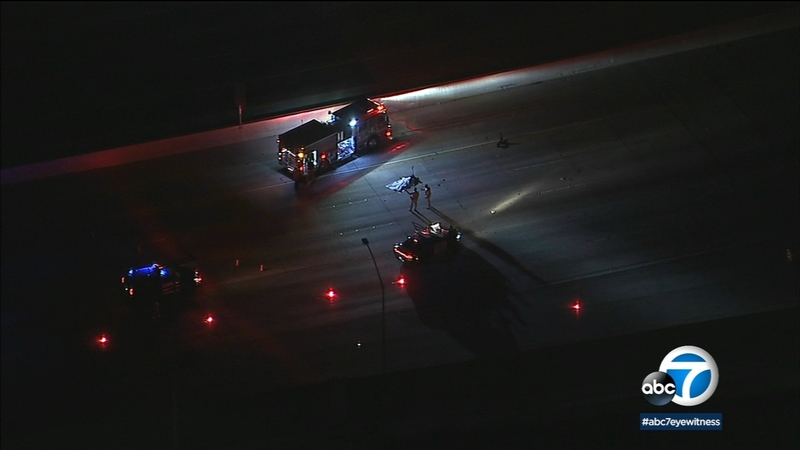 Pedestrian, 66, killed in hit-and-run crash on 405 Fwy in Westwood

LOS ANGELES (KABC) -- A search is underway for a hit-and-run driver who struck and killed a pedestrian on the 405 Freeway in Westwood Monday night.

The crash happened just before 10:30 p.m. near Santa Monica Boulevard, causing a full closure of the southbound side of the freeway, according to the California Highway Patrol.

Authorities say the pedestrian, only identified as a 66-year-old man, had been seen running on the shoulder of the freeway.

It's unclear why he ran into lanes before being hit by what is believed to be a white Toyota sedan. That driver of that car did not stay at the scene.