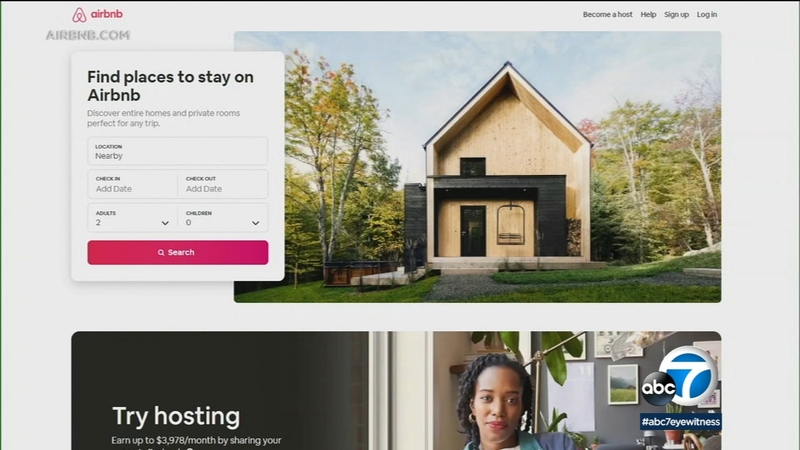 LOS ANGELES (CNS) -- The Super Bowl attracts millions of eyeballs every year, and when the Cincinnati Bengals earned a spot in the game, their fans turned their attention to Airbnb in hopes of finding places to stay in the Los Angeles area, according to data released Monday.

According to Airbnb, searches by Ohio-based guests for reservations in Los Angeles increased by more than 2,000 percent on Jan. 31, the day after the Cincinnati Bengals won the AFC championship game and earned a berth in the Super Bowl.

The Bengals will play the Los Angeles Rams in Super Bowl LVI at SoFi Stadium in Inglewood on Sunday.

According to Airbnb, when Atlanta was home to the Super Bowl in February 2019, and the New England Patriots defeated the Rams 13-3, local hosts earned nearly $3.5 million from more than 11,000 guests. There was $180 million in economic activity reportedly generated citywide, according to the company.

Between Jan. 1 and Sept. 30, 2021, new Airbnb hosts in California with only one listing reportedly earned more than $89 million.

While renting out space for out-of-town guests may seem like a quick way to make a buck, the Los Angeles City Attorney's Office warned Monday that there are rules to follow. The office noted that the municipal code makes it "unlawful to list or rent a short-term (for a period of 30 days or less) rental property without a valid city-issued home-sharing permit."

The City Attorney's Office also warned residents who may not be renting out homes or rooms, but plan to host Super Bowl parties. The office outlined the rules governing loud parties, noting that such gatherings can be deemed a public nuisance if any loud or unruly conduct occurs, "such as public intoxication, obstruction of streets, possession and service of alcohol to minors, sale or service of alcohol without a license, urinating in public."

City codes also bar "loud, unnecessary or unusual noise that interferes with someone's peace and quiet to an unreasonable degree," including loud noises from musical instruments, stereos, or other amplified devices, noting that no sound-producing device should be audible more than 150 feet from the owner's property line.