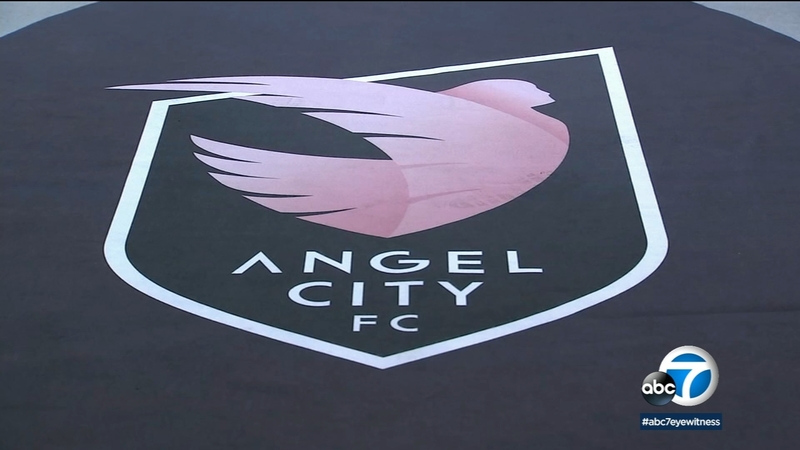 LOS ANGELES (KABC) -- When Angel City Football Club stepped onto the field in late April, they let the world know of their goal to level it.

But even in L.A., where the script writes itself and the results speak for themselves, success has never quite looked quite like this.

This June will mark 50 years of Title IX and Angel City FC is a fitting reminder that it's more than about getting girls and women equity on the field.

Uhrman invests-literally-in women. At the home opener, she described the turnout as everything she imagined and more. In a sit-down interview with ABC7 two weeks later, she reflected further.

The players in the National Women's Soccer League have been tested throughout its 10-year history. Most recently, they faced a reckoning of misconduct that led to five head coaches being fired or resigning, and a collective bargaining agreement that raised the league's minimum salary to $35,000 dollars.

In this new chapter, Uhrman and her co-founders at Angel City want to prove that doing good, can also be good business.

Part of their sponsorship deals are required to go back into the community.

They've created a fund to help launch new careers for players once soccer ends. One percent of the money made from ticket sales this season will go into a pool, which their athletes will split evenly at the end of the year. The players just have to promote the club on social media.

"And so in order to get to equity, everybody has to work together so this fan fuel program basically says, you as a fan have a role in helping us get there," Uhrman said. "We know what's possible now, so if we don't get 22,000 fans every game, now we're disappointed because we know what's possible."

But as athletes, as competitors and as women in sport, they know the real victory still lies ahead.

"It's hard to say how far we've come because we know how much further we have to go," Uhrman said.

ABC Owned Television Stations and ABC's Localish present 50 inspiring stories from around the country for Fifty/50, as part of The Walt Disney Company's monumental initiative highlighting the 50th anniversary of the passing of Title IX, the federal civil rights law that prohibits sex-based discrimination in any educational institution that receives federal funding, and gave women the equal opportunity to play.